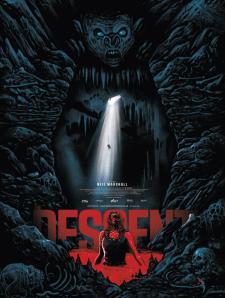 One of the biggest problems with the horror film genre, practically from its inception, has been the way it tends to marginalization women. In many cases, female characters exist solely as either cannon fodder or eye candy: the concept of the “male gaze” is so intertwined with the slasher film, for example, that it’s nearly impossible to separate that particular sub-genre from its inherent misogyny. One of the laziest defenses of these decidedly old-fashioned ideals, of course, is that the genre has “always been this way”: Dracula chased virgins, masked maniacs hunted nubile co-eds and T & A was just something to hold interest in-between creative kill scenes. This is, quite obviously, a pretty huge load of horse-shit: these things “have always been like this” because they benefit the status quo, pure and simple. Audience enjoyment of a horror film shouldn’t be precipitated on the need to constantly see bare breasts any more than it should be precipitated on the need to constantly see gore: the horror genre is so much more than the sum of (some of) its small, mechanical parts.

For the time being, the film world (particularly the horror genre) is predominantly a “boy’s club”: male directors still overwhelmingly outnumber female directors, although there are certain small in-roads being made. The Soska sisters, to name but one example, seem poised on the cusp of a massive filmmaking revolution…if ever there were folks duly suited to picking up the torch and burning down the institution, the fearless creators of Dead Hooker in a Trunk (2009) and American Mary (2012) seem like them. We’re a far cry from anything actually approaching equality, of course, but the same could be said for the subject, in general. The most important thing to keep in mind, I think, is the notion of the doctor “doing no harm.” If filmmakers are not willing (or able) to completely right the imbalance, then they should, at the very least, not be contributing to it. It may be a small gesture, in the end, but it’s often the smallest gestures which can lead to the biggest breakthroughs.

British auteur Neil Marshall’s sophomore feature, The Descent (2005), is one film that I honestly feel “does no wrong” as far as the subject of gender politics goes. For one thing, Marshall’s film features an almost exclusively female cast, a complete rarity in the horror genre: the only male in the film is featured in the intro and he’s out of the film within the first five minutes. For another thing, Marshall’s neo-classic is informed by feminism to the degree that patriarchal notions and power dynamics are largely left by the wayside: the focus here is firmly on the various interpersonal relationships between the women, rather than having the female characters serve as plot devices to complete a male character’s arc. The Descent is that most impressive of “message” films because it’s message is so basic, yet important: women are capable of kicking as much ass, sowing as much chaos, getting in as much trouble and being just as strong as their male counterparts.

Like Tarantino’s From Dusk Till Dawn (1996), The Descent is, basically, a two-fer-one: a bracing, thrilling caving adventure and a claustrophobic, terrifying monster flick. For the first half of the film’s running time, there’s no notion whatsoever that this will develop into anything more than a thrilling drama about the ways in which best friends can drift apart. Via a gripping white-water-rafting intro, we’re introduced to our protagonist, Sarah (Shauna Macdonald). Sarah’s happy, now, but sudden tragedy will strike, stripping her of her family and her old life all in one fell swoop. In order to help their friend recover from her devastating loss, Sarah’s friends, led by alpha female Juno (Natalie Mendoza), decide to “get the band back together” for one more spelunking trip, just like the good old days. The friends haven’t seen each other since Sarah’s family was killed, so this is an excellent time to re-ignite old friendships…and reopen old wounds.

Seeking a suitable “adventure” for her decidedly less-experienced friends, Juno ends up taking the group to an unexplored caving system rather than the “beginner” cave that she promised she’d take them to. Once the truth is out, Juno’s thrill-seeking new friend, Holly (Nora-Jane Noone) is stoked but everyone else is decidedly less enthused: what was supposed to be a nice get-away among former friends has now turned into something decidedly more intensive and, potentially, life-threatening. As they continue to explore the cave, a roof collapse cuts off their way back, forcing them to push forward into the unknown. There’s a great sense of thrill and adventure here: as the friends press on, they fear the unknown but there’s a visceral punch to the notion that they’re all boldly going where no one has ever gone before.

No more is this sense of hesitant excitement more pronounced than the white-knuckle scene where they must make their away across a seemingly bottomless chasm: as Rebecca (Saskia Mulder) makes her away across the cave ceiling, one agonizing inch at a time, there’s a genuine sense of the pioneer spirit. And then, of course, Marshall drops the other shoe: as Rebecca traverses the ceiling, she comes across something not only unexpected but existentially terrifying – an aged, rusted climbing spike driven into the otherwise untouched cave ceiling. The realization hits the friends hard: they’re obviously not the first cavers to explore the system, yet it doesn’t exist on any maps. This, of course, means that the previously explorers never actually made it out alive.

With this new knowledge firmly in mind, the group begin to notice odd things here and there: an abandoned mining lamp, strange cave drawings, mysterious shadows that seem vaguely humanoid but melt into the background whenever examined…it all culminates in the jaw-dropping reveal where they find themselves in a huge antechamber filled with all manner of skeletal remains…including, of course, human bones. From this point forward, The Descent becomes a no-holds-barred battle for survival as Sarah, Juno and the others engage in bloody, life-or-death combat with a group of subterranean creatures that appear to be an awful combination of human and bat. As the friends are hunted through the darkness by creatures that thrive on the inky emptiness, they must pull reserves of strength from deep within themselves, reserves that many of them never knew they possessed. Old rivalries and betrayals will surface, pitting friend against friend, even as the ravenous monsters press in from all sides. Far under the ground, hidden from the “normal” world above and completely off the grid, they most wage the most desperate fight of their lives or snuggle into their cavernous new tomb and accept that there are just some places that humans do not belong.

The first half of Marshall’s film is so gripping and enthralling, similar to the nature-based adventure setpieces from Deliverance (1972), that the appearance of the monsters seems destined to tip the film’s serious edge into total pulp territory. Instead, the horror-based second half actually dovetails perfectly with the more adventure-oriented first part, creating a beast similar to Master Blaster from Mad Max Beyond Thunderdome (1985). It’s a nifty hat-trick but one that Marshall pulled off with similar aplomb in his feature-length debut, Dog Soldiers (2002), which grafted an action-packed military film onto a werewolf movie. As an interesting parallel, Marshall’s first film featured only one female role (albeit a prominent one), whereas the follow-up featured only one (brief) male role in an otherwise all female cast.

While The Descent’s casting is certainly noteworthy, there’s absolutely nothing gimmicky about the concept: the film never feels like a jaded attempt to shoehorn diversity into a largely male-oriented genre but, rather, an honest, genuine attempt to tell a horror story from a feminine perspective. Most impressively, the cast never feel like female actors subbed in for their male counterparts: the themes and ideas explored here – friendship, betrayal, the importance of the family unit, the need for emotional honesty – all feel organic to the characters and there’s appears to be a genuine focus on the female characters. Despite a plot point that involves infidelity, there is a refreshing lack of male needs guiding the overall story: these are women who are perfectly capable and happy on their own, without the need to be intrinsically connected to male counterparts. In the truest notion of equality, the characters in The Descent are just allowed to be their own characters, for better or worse, and there’s no notion, at any point, that they’re merely marionettes being forced to dance for the male gaze. In a genre that seems to thrive on finding inventive ways to showcase distressed young women wearing as little clothing as possible, Marshall’s extraordinary film does the zaniest thing possible: it opts to just treat them like human beings and let the drama arise organically from the characters and situations. Fancy that!

As with Marshall’s debut, The Descent is an absolutely stunning bit of craftwork, featuring some truly gorgeous cinematography (the scenes lit solely by red flares are genuinely beautiful, conjuring up a haunted atmosphere that’s equal parts dreamy and Stygian) and some of the most impressive locations ever committed to celluloid. Truly, The Descent stands as one of the crowning achievements of the cinematic caving subgenre (narrow as that might be) and is practically the first and last word on caving-based horror films: there have been a handful of others but they all look pretty impoverished compared to Marshall’s flick.

The acting, as befits all of Marshall’s films, is note-perfect. Shauna Macdonald, in particular, is an absolutely riveting hero: while she doesn’t possess the steely reserve of someone like Lt. Ripley, there’s an honesty to her character’s actions that feels both suitably dramatic and grounded in reality. Sarah is not a fearless character strutting through an apocalyptic wasteland with gum in one cheek and her boot up someone’s ass: she’s a regular person whose preservation instincts propel her forward, even as her options seem to be running out right and left. Similarly, Natalie Mendoza could have played Juno as a shrill, one-note antagonist, someone whose sole function was to awaken a change in the main character. Instead, Mendoza infuses Juno with enough nuance to allow audiences to empathize, at least to some extent, with her actions. One of the most powerful moments in the entire film comes from the scene where Juno accidentally kills one of the party: her character has been cocky and obnoxious, up to that point, but the fear, pain and horror in her eyes are new emotions and Mendoza is a capable enough performer to allow each to bubble to the surface, in time, even if only briefly.

I fell in complete love with The Descent after my very first screening of the film (which happened to be in a theater, thankfully) and my opinion hasn’t wavered one iota in the decade since. The film is easily one of my favorite horror movies, of any era, and is one of the modern horror films that I feel completely comfortable with canonizing: I think that The Descent is a film that audiences and critics will be returning to for many decades, similar to any of the greats in the genre. Even viewed as critically as possible, I can find very few real faults with the film and the high points soar handily above the high points of many, many other films. The fight sequences are visceral assaults to the senses, the feeling of claustrophobia is so complete as to be almost suffocating and the film has one of the single greatest, most perfect endings in the history of cinema. No lie: if I were Marshall, I’d get a bumper sticker that says “My film kicked your honor student’s ass.”