I had posted my Best of the Year list on Facebook before starting the blog. Since I figured that at least a few new viewers might be interested in what blew me away last year, I’ve decided to re-post it here, with one addition. My 15 Best is now a 16 Best. C’est la vie. Now then, in no particular order, here they are:

Jug Face – Quiet, character-driven and tragic, Jug Face is my favorite kind of horror film. The script was quite good, the performances of Lauren Ashley Carter as the troubled lead and genre vet Larry Fessenden as her stern father are nuanced and outstanding and the backwoods setting managed to seem booth authentic and eerily dreamlike. Although there are elements of a creature feature, this is much more about family and duty. 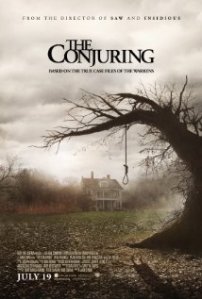 The Conjuring – Decidedly old-fashioned and proud of it, Saw creator James Wan’s third foray into low gore, atmospheric horror is a home run. The performances can seem a tad earnest at times and I still don’t care for that (literal) jump scare but these are minor quibbles. When Wan is content to let the chills unfold at their own glacial pace, it can feel like a steamroller is crushing your chest. 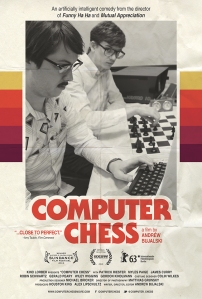 Computer Chess – Very few films are genuinely weird: Computer Chess is genuinely weird. At times baffling, often like watching paint dry into Dali-esque nonsense, occasionally terrifying and always brilliant, this film is truly in a league of its own. This is truly outsider art that feels like Jarmusch filtered through Korine. Like the saying goes, if this is the kinda stuff you like, you’re really gonna like this stuff. 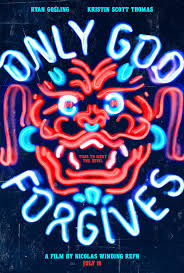 Only God Forgives – For me, Nicholas Winding Refn is the modern Kubrick. I’ve never seen one of his films that I haven’t loved, despite their vast differences, and Only God Forgives was no exception.  For me, everything about the film from the visuals and score to the acting and themes did exactly what it was supposed to do. Walking out of the theatre after seeing this the first time was like waking from one dream into another. 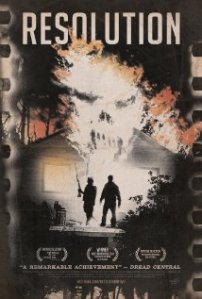 Resolution – Resolution is a film about the evils of drug addiction. It’s also about: the power of friendship; demons; book-writing squirrels; the influence of story-telling on reality; multi-dimensional time-travel; the joy of creation; creepy backwoods areas; Indian burial grounds; the nature of story; friends vs family…and on and on. I loved every single minute of this film and restarted it as soon as it was over. Absolutely genius. 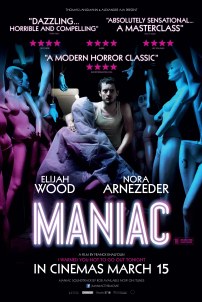 Maniac – As a rule, I dislike remakes. Franck Khalfoun’s remake of Maniac, however, is a huge exception to this rule. In fact, I can confidently say that the remake is superior to the original in every way save one: I really miss those gritty, sleazy early-‘80s Times Square visuals. Other than that, the new Maniac is impossibly tense, outrageously gory (certainly one of the goriest films I’ve ever seen) and features an outstanding performance by some kid named Elijah Wood: someone should make that guy a star. 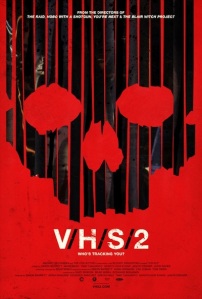 V/H/S 2 – Anthology films, by their nature, are hit or miss. The first V/H/S was especially emblematic of this, although there were frequent bursts of insanity to move things along. Luckily, the follow-up is much more meat than gristle. In fact, the penultimate tale, Safe Haven, may just be 20 minutes of the finest, most extreme (non-underground) minutes ever committed to tape. Thoroughly memorable. 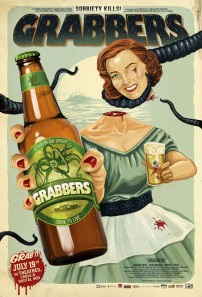 Grabbers – In films, concept is king and this one rules the roost: hungry, tentacled evil arrives from space and proceeds to chow down on any humanoid that isn’t drunk. That’s right: these particular aliens are allergic to alcohol. They’ve also managed to land in a hard-scrabble Irish fishing village…bad luck, Kang and Kodos! Hilarious, heartfelt and utterly awesome, I fell completely in love with this after the first viewing. A neo-classic. 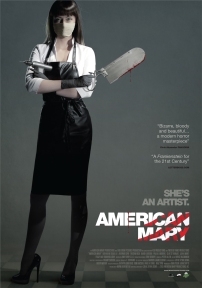 American Mary – I applaud fearlessness in film and, nowadays, I don’t think that any filmmakers are as hard to scare as the Soska sisters. Their newest film, American Mary, is a flawless synthesis of Lynch’s kink, Cronenberg’s ick and Scorcese’s rags-to-riches-to-shit character arcs. When I wasn’t staring in awe at the visuals or gagging at the graphic surgical scenes, I was wishing the film would never end. 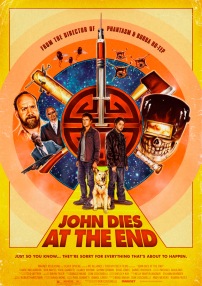 John Dies at the End – Yeah, it’s not a perfect adaptation of the book but guess what? It’s a damn fine film and, most importantly, a damn fine new Coscarelli film. In my mind, this film’s whups Bubba Ho-tep up one side and down the other. Funny, imaginative, startling…sometimes all three at once (the meat man will be forever etched in my mind), this was some of the most fun I had watching a film all year. 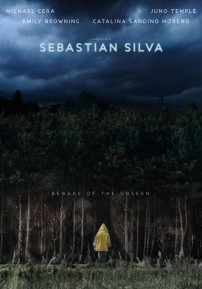 Magic Magic – Michael Cera as a super-creepy, ugly-sweater-bedecked perv? Sign me up! Magic Magic is a rare bird: it’s not really a horror film, yet features some truly horrific things. It’s not really a thriller but features an atmosphere so tense and unpleasant  that the air practically crackles. If anything, Magic Magic is the modern Repulsion: a near-perfect examination of one young woman’s terrifying spiral into insanity. 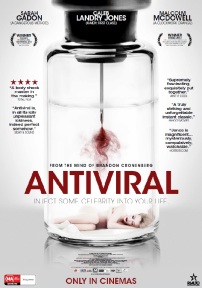 Antiviral – Like father, like son: Brandon Cronenberg, son of David, turns in one of the freshest, most disturbing and oddest sci-fi/body-horror hybrids in recent memory with his feature debut. Antiviral is a timely examination of our society’s obsession (sickness?) with celebrity and fame. Equal parts Blade Runner-lite and Videodrome, Antiviral is sterile, off-putting, strange, rather gross and kind of brilliant…just like good ol’ dad. 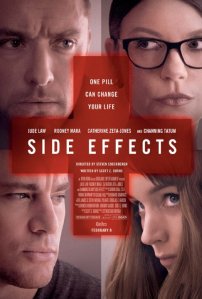 Side Effects – If this really is one of Soderbergh’s last films, he’s going out on top. Tightly plotted, exquisitely paced, completely unpredictable and stacked with quality performances from top actors, Side Effects is a sleeper that shoulda been a contenda. Compare this to most other thrillers of the year and it becomes apparent why Soderbergh is in his own class. 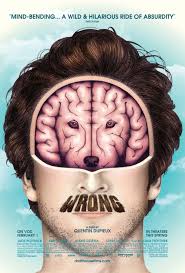 Wrong – Once, there was a little French film called Rubber about a car tire that gained sentient intelligence and became a serial killer, using its powers of telekinesis to make various heads explode. Wrong is the follow-up to that film, about a sad-sack office drone that loses his little dog and finds his life up-ended. If Rubber was strange, Wrong is one of the most gleefully batshit films ever made. Seriously. 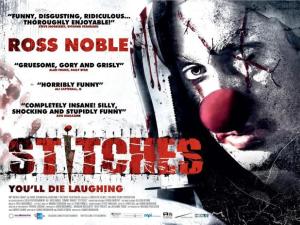 Stitches – After just watching this last night, there was absolutely no way I could leave this twisted, nutso, wonderful little film off my best-of list. A clown comes back from the grave, thanks to an evil clown ceremony, to take revenge on the bratty kids who accidentally killed him six years earlier. The comedy is razor-sharp, the killer clown is completely awesome, the kills are radically inventive and the whole thing has more energy than a power plant. 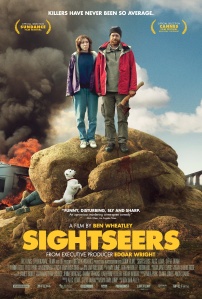 Sightseers – Over the course of three exceptional films (Down Terrace, Kill List, Sightseers) and one short (in The ABCs of Death), Ben Wheatley has quickly became one of my favorite modern directors, next to Nicholas Winding Refn. Sightseers is the culmination of his power, although a new film drops next year, so there may be competition. This tragically hilarious, pitch-black examination of a vacation gone horribly wrong is impossible to shake once it’s over. The ending, in particular, is devastating.

There were several films from last year that I still haven’t seen (The Wolf of Wall Street, You’re Next, Gravity, Upstream Color, 12 Years a Slave, Jim Mickel’s remake of We Are What We Are) and I’m sure that any of those might have wormed their way into this list if I had.

Honorable mentions go to the Evil Dead remake, The ABCs of Death and Europa Report. I liked all of these more than many films last year but not quite enough to give them an official home of the list.