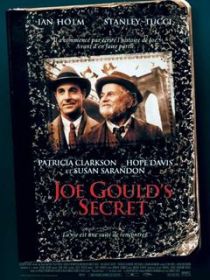 Our impressions of people, as knee-jerk as they may be, often guide our interactions with them. If we perceive someone as somehow powerful, weak, gentle or assertive, we tend to treat them, and react to them, as such. Nowhere is this more evident than with our daily interactions with the homeless and destitute. In many cases, all we have to go on are surface impressions, since most never get close enough (emotionally rather than physically, as it were) to get to know somehow in these situations. If we see an obviously homeless individual dressed in multiple layers, pushing a loaded shopping cart down the road and carrying on both halves of a conversation with themselves…well, we do tend to think that these individuals might have a screw or two loose. This is only a surface impression, of course, but that’s often all that we get.

But what if we actually got to know one of these individuals, to care about them? What if we realized that there’s not a huge chasm that separates us but a small crack, a crack just large enough to fall through? Stanley Tucci’s Joe Gould’s Secret (based on the magazine article and book by Joe Mitchell) takes just such a look at just such a person, in this case the titular Joe Gould (Ian Holm).

Tucci portrays Joe Mitchell, a ’40s-era writer for the New Yorker who has begun to grow tired of “puff-pieces” and yearns to write something weightier, something more impactful. This something, in the form of Joe Gould, wanders into the diner where Joe is eating and proceeds to upend his life in a charmingly whimsical manner. Mitchell gets to know Gould, a neighborhood eccentric who is constantly collecting for the Joe Gould Fund, while in the middle of a lifelong project: an oral history of the world that is several times longer than the bible. In the meantime, Mitchell meets many of the locals who care about (and for) Gould, including a generous gallery owner (Patricia Clarkson) and Alice (Susan Sarandon), a kindly artist who seems to take a special interest in Gould.

Gould can be the life of the party (sometimes literally, as in one scene where he strips to his underwear and sings songs from atop a table) but he is also completely obsessive and prone to nasty mood swings. He latches onto Mitchell with both hands. Mitchell, for his part, is initially very open to Gould: after all, Gould is the source of Mitchell’s extremely popular “Professor Seagull” article and Mitchell genuinely likes him. Once Gould has begun to pop into Mitchell’s office for daily, lengthy b.s. sessions, however, poor Joe has definitely begun to wear out his welcome. Mitchell hangs on through it all, however, his eyes on the (possibly) mythical oral history that Gould dangles just out of reach like a phantom carrot. Will Mitchell be able to keep his cool? Is Joe Gould an eccentric, fractured genius or a kindly madman? Does the oral history, in fact, actually exist?

Aside from being an exceptionally gifted actor, Stanley Tucci has also proven himself to be quite the writer/director. Joe Gould’s Secret is Tucci’s third directorial effort, following his stellar debut Big Night (1996) and the energetic screwball comedy The Imposters (1998), and is just as accomplished, technically, as those films with the added pathos inherent to the film’s subject matter. At its heart, Joe Gould’s Secret is a deeply sad film, even before the truly sad resolution. This is a film about the outcasts of society, those who’ve fallen through the cracks and exist on a fringe that most of us only visit from time to time. The film never gives easy answers to the question of Joe Gould’s sanity (or lack thereof). We certainly see enough evidence to make the assumption that Gould is mentally imbalanced, possibly schizophrenic and maybe a little dangerous. We also see him as a friendly, loud, kindly eccentric, however, so the picture is never as lop-sided as one or the other.

Joe Gould’s Secret is a very quiet, solemn film, which certainly befits this look back into the gauzy past of New York City. Since the film is, essentially, a two-person show (Tucci and Holm), there’s a tendency for the proceedings to occasionally take on the feel of a stage-play. To be honest, this really isn’t to the film’s detriment, since this impression certainly puts the audience’s attention where it belongs: on the excellent performances of Tucci and Holm. Holm is certainly the flashier of the two roles, given to lusty ranting, raving and carrying-on counter-balanced by quietly devastating moments that really drive home the character. The scene where Holm stands naked, in a line to enter a homeless shelter, is so raw and powerful that it nearly grinds the film to a complete stop. When Holm is on (which is most of the film), he’s an awe-inspiring blend of cocksure absurdity and blistered vulnerability. It’s an intense performance that only occasionally veers into the “actorly.”

If Tucci’s performance is quieter and more reserved, however, it’s no less inherently powerful or commanding then Holm’s. Tucci is saddled with the unenviable task of being the guy who has to spoil the party: everyone else gets to deal with Gould’s hijinks on their own timeframe but poor Mitchell has to be the one to show him to the door. Tucci’s perfect combination of sad-sack acceptance (pretty much a Tucci trademark thanks to those bottomless eyes of his), eager interest and gentle sarcasm (there are many points where he seemed to be channeling none other than Mark Twain) are key to the film’s success: if the actor playing Mitchell had been any less genuine or sympathetic, Gould would have come across as insufferable rather than tragic. In a film where not much happens, Holm and Tucci continually find ways to make their interactions kinetic.

The rest of the cast fares well, although no one really gets to hold a candle next to the two leads. Sarandon is excellent in the kind of supportive, slightly bemused role that should probably best be called “Sarandon-esque” from now on. There are few actors working who portray genuine warmth and love in the way that Sarandon does and the film is all the richer for her performance. One of the film’s biggest surprises (and pleasures) is Steve Martin’s cameo as a partner in a publishing house. He only gets one scene, where Mitchell tries to introduce him to the increasingly squirrely Gould but it’s a helluva scene: beginning comically, the scene gradually to seem more and more desperate and sad. Martin’s Charlie Duell honestly likes Gould but realizes, as the conversation continues, that Gould is already a lost soul. The sad, sweet, bemused expression on Martin’s face is testament to the fact that this guy just doesn’t act enough nowadays.

Joe Gould’s Secret is a quiet, sincere film that becomes exceptionally powerful and sad in the final half. There’s a moment, at the end, where Mitchell goes to visit Gould in the Pilgrim State Mental Hospital. He finds Gould to be calmer, obviously saner but much less alive. Even though Mitchell knows that this is, ultimately, better for Gould, the pain and sorrow in his eyes is unmistakable. No matter how infuriating he might be, Mitchell is witnessing the death of his friend’s spirit before his very eyes. The final shot of Gould shuffling away from Mitchell, clad only in a hospital gown, is almost unbearably sad, a real gut-punch.

A postscript at the end of the film informs us that Joe Mitchell published his book, “Joe Gould’s Secret,” in 1964. For the next 32 years, he went into the office everyday but never wrote another article. I don’t mind saying that I just can’t quite shake that thought from my head. It’s to the film’s immense credit that I don’t really want to, either.