Welcome to the penultimate week of November here at The VHS Graveyard. This was another light week, just like the week before, and consisted of only two screenings: Isaac Ezban’s The Similars (Los Parecides) and Travis Zariwny’s Intruder. Both films were as different from each other as possible, making this quite the varied week, despite the lack of quantity.

On a rainy night, in October 1968, a group of strangers wait hours for a long-delayed bus to Mexico City. Martin (Fernando Becerril), the bored station attendant, gives them all the same stock answer but it’s getting a little hard to contain the restless masses: hot-headed Ulises (Gustavo Sanchez Parra) needs to get to the hospital for the birth of his child; panicked Irene (Cassandra Ciangherotti) is pregnant and may have just killed the baby’s father; Alvaro (Humberto Busto) is a passionate college student who may or may not be involved in the violent protests that are currently sweeping across Mexico; Roberta (Maria Elena Olivares) is a native woman who doesn’t speak the same language as everyone else and is prone to loud pronouncements and yelling; and Gertrudis (Carmen Beato) needs to constantly administer special medicine to her twitchy young son, Ignacio (Santiago Torres), who may or may not have been responsible for a recent attack in a diner.

As the hours wear on and tempers and patience wear thin, the frustrated travelers are faced with another problem: for some strange reason, certain people are beginning to look like Ulises, right down to his beard. With paranoia and fear running high, no one knows who to believe or what is actually going on: is this part of some government conspiracy, a curse or some odd paranormal occurence? As time runs out, the answer may come from the unlikeliest source of all but the terrifying truth may be more than anyone is prepared to handle.

Shot in atmospheric black-and-white (albeit shot through with color, in a truly cool effect) and opening with a portentous, genteel voice-over, there’s going to be one parallel that long-time genre buffs will pick up on right away: writer-director Ezban’s The Similars is an homage to classic Twilight Zone episodes and a fantastically realized one, at that. Everything about this reminded me of Rod Serling’s tales of mystery and terror, in the best way possible, making this one of the most ingeniously executed homages of the entire year: even if the rest of the film fell as flat as a bad souffle, the concept and look, alone, would vault it high, in my book.

The good thing, of course, is that nothing about Ezban’s brilliant film falls short, in the slightest: this is fresh, original and genius filmmaking at its finest, recalling nothing less than Nacho Vigalondo’s head-fuck Time Crimes or, at times, the warped glory of Cronenberg. The script is consistently sharp, the acting is fantastic (it truly is an ensemble effort) and the film manages to keep you wrapped in such an all-encompassing fog of confusion, bizarre revelations and delightfully wackadoodle shenanigans (how else to describe that godforsaken dog?!) that there really is no telling what’s coming around the corner.

Very few films genuinely surprise me, which is probably one of the greatest problems with watching an abnormally high amount of films. The Similars genuinely surprised me, however, and on a pretty consistent basis. This might only appeal to a particular kind of viewer (the kind raised on copious amounts of The Twilight Zone, Outer Limits and Tales From the Darkside, to be very specific) but everyone should give this film a try: I wager that it’s one of the smartest films you’ve seen this year, too, regardless of how many movies you’ve seen.

Isaac Ezban is one of Mexico’s finest young filmmakers (he also contributed to the excellent Mexico Barbaro anthology) and The Similars serves as notice that he fully intends to take over the rest of the world, too. A few more films as good as this one and I’m gonna have to make a shrine to this guy, stat. 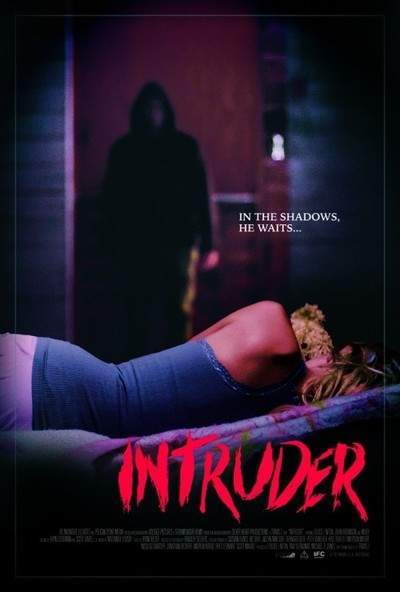 On the other end of the spectrum, we get writer-director Travis Zariwny’s Intruder, a positively gorgeous stalk-and-slash that fails to ever do much more than go through the motions. Elizabeth (Louise Linton), a British ex-pat who now plays cello for the Portland Orchestra, becomes house-bound during a particularly violent storm. The problem, of course, is that there’s a maniac running around killing young women and he just might be hanging out in her apartment, unknown to her.

The entire film is a fairly elegantly paced game of cat-and-mouse that starts off fairly enthralling but becomes tedious and obvious well before the obnoxious “fake” ending. The acting is pretty good, across the board, with lead Linton being the absolute best (she really was fantastic) and electro-god Moby (as Elizabeth’s shithead conductor) being the absolute worst, possibly of the entire year (and this includes Kato Kaelin as a caveman…), which helps to make the whole thing easier to swallow. Intruder really is too well-made to ever call a failure (it’s no lie to call it one of the best-looking genre films I’ve screened this year, including The Neon Demon) but it’s also about 20 minutes too long, very obvious  and rather unpleasant: opponents of the Male Gaze will find much to object to here, including a ridiculously gratuitous shower scene that’s straight out of Porky’s.

Zariwny also helmed this year’s Cabin Fever reboot (which I’ve yet to see) and is obviously a filmmaker of no inconsiderable talent: much of the film comes off as a lesser version of the recent Hush, which is no small praise considering how efficiently the former executed the stalker format in a modern context. I would be interested to see what the former production-designer/camera-operator (both skills of which are plainly evident in the best aspects of Intruder) can do with a more original concept and/or script. Intruder is a miss but it’s a near-miss that hints at much brighter things to come.

Coming soon: the final week of November, which also happens to be the week we’re currently about to vacate. Join us as The VHS Graveyard ushers in the merry month of December and sets its sights on the end of the year.