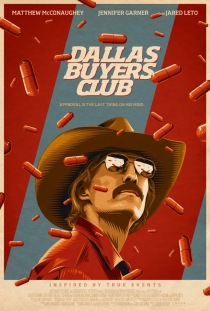 For all intents and purposes, we like to pretend that the world isn’t as cruel and ruthless as it really is. We’d like to think that no one truly falls through the cracks, that there’s always some sort of safety net out there if people are just willing to look. It may not be the most ideal support, we’d like to think, and people may not be able to live in the exact manner of their choosing but beggars can’t be choosers, we reason. At the very least, we’ve always thought, truly sick people should be able to have access to medicine: no one should just be allowed to sicken and die, particularly if there’s something that can be done about it. Right? If we’re being dead serious with ourselves, however, we don’t believe that anymore than we believe in unicorns or the Bermuda Triangle.

In reality, vast expanses of the populace, of every populace since the beginning of time, have been marginalized, pushed to the fringes and forced to rely only on themselves for their well-being. These populaces vary from society to society, country to country, culture to culture and state to state but they’re always painful reminders of one cold, simple fact: whenever anyone needlessly dies, equality is nothing more than a feel-good bedtime story. Anytime an individual is brushed off by the established order and left, essentially, to die, we see the failure of the status quo. In these situations, it becomes necessary for brave individuals (or groups) to fight for their own rights, health and well-being. This need to fight doesn’t necessarily reflect society at its best but it sure does make for some riveting cinema and Dallas Buyers Club is gripping from start to finish.

Based on a true story, Dallas Buyers Club wastes no time in introducing us to our protagonist, rodeo bull-rider and general gadfly Ron Woodroof (Matthew McConaughey). Ron’s the kind of guy who likes to live life to the fullest: threesomes behind the scenes of a bustling rodeo, conning his fellow riders and getting his ass beat in the process, hovering up cocaine by the yard, saying the first thing that comes to his mind. There’s absolutely nothing altruistic about our “hero”: within very short order, we’ve determined that he’s a virulently homophobic, crooked man-child who couldn’t give two shits about anyone else in the world. He’s the kind of good ‘ol boy who sneers when it’s revealed that Rock Hudson is homosexual and dismisses HIV and AIDS as a “gay disease.” He’s also the guy who ends up with HIV, the virus that causes AIDS, thanks to his numerous, unprotected sexual escapades.

Doctors give Ron just thirty days to live but he’s a stubborn cuss and won’t go softly into that good night: “Fuck your 30 days, motherfuckers: ain’t nothing can kill Ron Woodroof in 30 days!” Ron celebrates his “ridiculous” diagnosis by immediately rushing out and having a coke-fueled orgy with his best friend Tucker (Steve Zahn) and a couple “lucky” ladies. Once the seriousness of his situation finally settles in, however, along with the realization that all of his friends and associates have abandoned him, Ron must get to the very serious business of staying alive. Drug trials offer scant hope: kindly doctor Eve (Jennifer Garner) can’t guarantee that Ron will actually get the AZT rather than the placebo. Time and time again, Ron is faced with the terrifying notion that no one really feels they can cure him: everyone seems to be waiting for Ron to die so they can study him.

A chance meeting with an AIDS-infected transexual named Rayon (Jared Leto) sets into motion a chain of events that sees Ron go around the world to pick up experimental, “unauthorized” HIV/AIDS drugs and distribute them to patients through a club of sorts” the Dallas Buyers Club. In short order, Ron and Rayon’s club is doing boomer business and Ron’s health seems to be improving. Dark clouds appear on the horizon, however, when the DEA, IRS and AMA all get wind of what’s going on. Will the Feds work to shut down the only thing that seems to be keeping Ron and Rayon alive? Is Ron an opportunistic con-man or a saint in redneck clothing? If Ron gets shut down, what will become of the rest of the Dallas Buyers Club?

By the time I saw Dallas Buyers Club. I had already seen a handful of other Best Picture nominees for 2013: American Hustle, 12 Years a Slave and Captain Phillips. Of these four films, Dallas Buyers Club was easily my favorite and, in fact, probably one of the best films I’d seen in quite some time.  There’s an awful lot to love in Dallas Buyers Club: the film looks great and has a gritty, earnest eye for period detail; the script is razor-sharp, full of sharply delineated characters and plenty of juicy dialogue (especially some of Ron’s bon mots); the ensemble casts fits together like a jigsaw piece, each actor (both major and minor) working together to paint a complete picture; the film has a big, epic scope yet still brings everything down to a personal, relatable  level; the film is deeply emotional and powerful, yet never maudlin, obvious or hysterical. It’s a beautifully made, powerful work of art that hits on a number of levels yet never loses the inherent dignity and passion of its characters. And then, of course, there are those towering performances by McConaughey and Leto.

Even before he was given the Best Actor statue at the Academy Awards, I already knew that McConaughey had earned it. His performance as Ron Woodroof is nothing short of a revelation: angry, charming, obnoxious, feral, frightened…Woodroof is an open-nerve, the unbearably loud voice of the disenfranchised screaming at maximum volume. There’s absolutely nothing about McConaughey’s performance that ever feels like acting or, to be honest, anything less than completely authentic. At times, it’s impossible to watch, since the pain radiates from the screen in waves. At other times, it’s impossible not to watch, since McConaughey seems to attract all matter and attention to him in the same matter that a black hole might. Ron Woodroof is an amazingly conflicted character and McConaughey brings him to life in all his multi-faceted glory. Bruce Dern was amazing in Nebraska and Chiwetel Ejiofor was heartbreaking in 12 Years a Slave but, for my money, McConaughey gave the single best performance of the year, hands-down.

Leto’s performance as Rayon, although not as multi-faceted as McConaughey’s take on Woodroof, is a pretty spectacular piece of craft. Leto becomes the character so completely that, just as with McConaughey’s performance, I bought it all absolutely. Despite how good Leto was, however, there were still several moments that felt too “actorly” and performed, moments that were more wholly-integrated in McConaughey’s performance. I chalk this up to one fact, plain and simple: Leto just isn’t the actor that McConaughey is, at least not yet. It’s impossible for me not to feel, at least in some small way, that Barkhad Abdi (Captain Phillips) ultimately deserved the trophy more than Leto. While Leto gave a humble, nuanced and tender performance, it still felt like a performance: Abdi, on the other hand, never felt anything less than completely authentic, even if his role didn’t have the emotional beats and arc of Leto’s. Nonetheless, Leto’s performance is extraordinary and, in any other Oscar year, would have been my pick, as well.

In many ways, Dallas Buyers Club strikes me as the anti-American Hustle. Both films are period-pieces about the disintegration of the American dream and both feature characters who must pull off elaborate hustles in order to survive. While American Hustle strikes me as weightless and inconsequential, however, Dallas Buyers Club reminds me more of films like Boogie Nights and Goodfellas. There are certain films that just impact me more than other films and Dallas Buyers Club was one of those films: by the time the end credits rolled, the film felt like a masterpiece and something deserving of the term “classic.” When American Hustle was over, however, I only found myself entertained: truth be told, I’d already forgotten about several key moments days after first watching it. Dallas Buyers Club, however, stuck with me for days and I can still it so clearly that I might as well have watched it days ago, not weeks ago.

Despite being a film about the terrible ravages of AIDS, Dallas Buyers Club is a fiercely vibrant, alive, angry film. There is nothing melancholy or morose about this: like Ron Woodroof, Dallas Buyers Club isn’t interested in feel-good sentiments or gauzy hand-holding. There’s nothing stereotypically “heroic” about Woodroof: he’s a selfish jerk and he knows it. He also, however, refuses to give up, refuses to lie down just because the odds aren’t good. He refuses to listen to “experts” who’ve written him off, friends who’ve turned their back on him and a society that looks down on him. Ultimately, Ron Woodroof couldn’t give two shits whether you like him or not: he’s not asking society’s permission to live. Ultimately, Ron (and Dallas Buyers Club) stand as towering testimony that the spark of life can never be truly extinguished as long as the will to survive is strong. Dallas Buyers Club was a profoundly moving experience and was, without a doubt, one of the very best films of 2013.