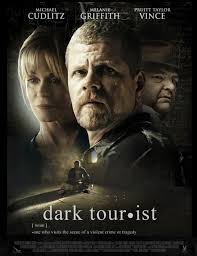 In certain cases, I can predict exactly what I’ll be getting when I sit down with a previously unknown film. Sometimes the cover art will give clues or there’ll be some strategic stunt casting that sets off alarm bells (anything with a WWE personality, for example, is probably not going to be “a contender”). It might be a filmmaker that I’m familiar with, giving me a general idea of what lays ahead, or a screenwriter that’s intrigued me with other scripts. In some cases, certain films just project an aura of…well, let’s just call it “compromise” and be generous, shall we? These are the equivalent of the direct-to-video detritus that used to line store shelves back in the glory days of VHS: they’re still here, of course, although now they clog virtual racks rather than physical ones.

There are always those films, however, that end up defying, destroying and resetting expectations. Every once in a while, a film that might seem completely forgettable from the outside ends up surprising me and boring straight into my brain-pan. One of my favorite examples of this is Eduardo Sanchez’s Lovely Molly (2011), a film which seems so generic and bland from the outside that it feels like you’ve been dipped in lava once it reveals itself to be an absolutely unholy hell of an experience. Without a doubt, Lovely Molly is one of the single most unpleasant films I’ve ever watched: it’s also completely unforgettable and, quite possibly, one of the greatest unknown films of the 2000s. While Suri Krishnamma’s Dark Tourist (2012) isn’t quite the film that Lovely Molly is, it still managed to obliterate my low expectations, positioning itself as a sort of cross between Taxi Driver (1976) and Henry: Portrait of a Serial Killer (1986). When Dark Tourist is good, it’s absolutely riveting and, easily, one of the most grueling, unpleasant cinematic experiences I’ve had in months. This is definitely not a film that can (or will) appeal to everyone. If you’re ready to take a trip to some seriously damaged locales, however, Dark Tourist is saving you a seat on the bus.

Our protagonist is Jim (Michael Cudlitz), a misanthropic security guard who works the over-night shift at some sort of factory. Via his near constant voiceover, we learn a few handy things about our wannabe hero: he absolutely loves his solitude, eschewing human contact whenever possible; he’s obsessed with serial killers and their lives to the point where he makes yearly “pilgrimages” to check out their childhood homes, murder sites, etc.; he’s a virulent homophobe, racist and sexist, who decries Hollywood as “for the faggots,” bitches about his “Jew fucker” doctor and cheerfully describes his co-workers as “sluts, drug addicts, whore mongers and child molesters.” That Jim is able to be this terrible of a human being while still maintaining the outward semblance of normalcy is admirable, to say the least: we know how fucked up the guy is, since we’re getting the info straight from the horse’s mouth, so to speak. To everyone else, however, he just comes across as a standoffish, polite but cold guy with some weird hobbies. In other words, the epitome of “he seemed like such a nice, quiet guy.”

For this year’s trip, Jim has set his sights on the life and times of one Carl Marznap (based on real-life serial killer/monster Carl Panzram). Marznap was a killer/arsonist who was gang-raped in a juvenile facility and sought to take out his anger on the rest of the world, culminating in burning down a church full of people. Jim traces Marznap’s journey from his boyhood home to the (now abandoned) juvenile facility and the remains of the burned church, trying to get some sense of who the real Carl was. Along the way, Jim strikes up a tentative friendship with a lonely diner waitress (Melanie Griffith) and stays at a fleabag motel where the constant activities of the resident hooker, Iris (Suzanne Quast), start to provoke some rather “Travis Bickle-esque” feelings in him. Soon, Jim is having a hard time concentrating on his “vacation,” a situation which becomes even more difficult once he starts to see visions of an adult Marznap (Taylor Pruitt Vince). As Jim’s grasp on reality gets more and more precarious, he finds himself rocketing towards a revelation that is both impossibly sad and unrelentingly horrifying.

One of the greatest tricks that Krishnamma and screenwriter Frank John Hughes pull with Dark Tourist is making the misanthropic Jim such a thoroughly fascinating character. Chalk this up to a combination of good writing and a great performance by Cudlitz (who instantly reminded me of a younger Ron Perlman) but it’s a real coup: Jim should have been an absolutely miserable character to spend 80 minutes with but we still end up on his side (kind of/sort of) right up until the whole thing goes ass-over-tea kettle in a holocaust of violence. For a time, it’s easy to believe that Jim is just a severely damaged individual, ala Travis Bickle, who still has some deep-buried sense of morality, however perverted. When the worm turns, however, we’re smack-dab in Henry territory and it’s a pretty nasty place to be.

Craftwise, Dark Tourist isn’t exactly a home-run. The cinematography is often flat and kind of ugly, at its worst, and serviceable, at best. There’s an unfortunate lens-distortion effect used on the flashback scenes, which is rather cheesy, and the supporting performances range from good (Donna Ponterotto as Jim’s waitress mother) to serviceable (Pruitt Taylor Vince’s performance as Marznap is fine, if rather clichéd and perilously close to a cameo) to rather dreadful (I adore Melanie Griffith but the less said about her awkward, halting performance as Betsy, the better). There’s also an unfortunate tendency to hammer things home a bit hard: the part where Jim’s voice-over explicitly lays out his mental state is way too obvious, especially since the film had been so good at subtly laying out the same notion prior to that.

When the film follows through on its convictions, however, it comes perilously close to being a truly soul-shattering experience. The “twist” is a real gutpunch, which allows the previously foregone conclusion to pack much more emotional weight than it might otherwise have. The violence is sparse but genuinely disturbing when it comes (similar to Henry, if you think about it) and Krishnamma’s use of traditional Hawaiian instrumentals and songs such as “Aloha Oe” help keep the whole thing off kilter. For every familiar beat, Krishnamma throws in something so outside the box that it makes the whole production feel much fresher than it probably should have. This is, without a doubt, the very definition of something being far greater than the sum of its parts.

Ultimately, for as good as Dark Tourist ends up being (and the film is very, very good), it’s still the kind of movie that will have extremely limited appeal. Similar to Simon Rumley’s misery-epics The Living and the Dead (2006) and Red, White & Blue (2010), there is no sunshine to be found here whatsoever. Things begin on a grim note and degrade from there into abject and complete despair: it’s not spoiling a thing to say that nothing in Dark Tourist will end positively because there’s no way it could…Jim (and the world he inhabits) are way too fucked up for any sort of “fairy tale ending.” This is the kind of film that is best described as an “endurance match”: for as much as I respected Krishnamma and Hughes’ bleak vision, I would be extremely wary of anyone who said that they actually enjoyed it. Gentle readers, take note: if you’re not ready to descend to the depths of human depravity, you might want to book passage on an entirely different cruise.