Despite the fact that we’re now in the early days of November, my quest to document all of my October viewings continues. This time around, we’ll talk a little about the films from the last half of the third week of October (10/16-10/18). As ever, faithful and patient readers, stay tuned as your humble host continues to convalesce: it may take a little longer than usual but we’ll eventually get to our destination. 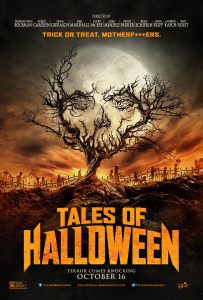 Tales of Halloween — Right up until I actually saw Tales of Halloween, the new multi-director horror anthology, I was totally fine with calling Michael Dougherty’s Trick ‘R Treat the single greatest Halloween-themed anthology of all time. Afterwards…well, let’s just say that absolutes are made to be broken. Although it doesn’t have quite the singular vision that Dougherty’s modern classic does (chalk it up to the fact that each of the ten tales here are written and directed by ten different filmmakers), Tales of Halloween is an absolute blast from start to finish. When the stories are really good (Darren Lynn Bousman’s The Night Billy Raised Hell; Axelle Carolyn’s Grim Grinning Ghost; Mike Mendez’s Friday the 31st; Neil Marshall’s Bad Seed), they’re absolutely out of this world (in particular, Mendez and Marshall’s shorts are two of the best things these auteurs have ever done). In fact, of the ten shorts, only Adam Gierasch’s Trick failed to utterly enthrall me. Are we in the golden age of horror anthologies? Magic 8-Ball indicates “Yes.” 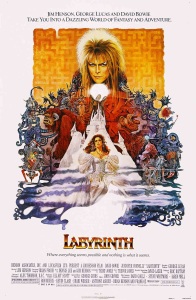 Labyrinth — As a child, there were a few films that were watched so often that I practically had all the dialogue memorized and Jim Henson’s Labyrinth was definitely one of those. Although my older sister and I never agreed on much, growing up, we were completely in sync on one important issue: this magical tale of a teenage girl trying to rescue her baby brother from the Goblin King (David Bowie, alternating between looking like he’s having the time of his life and suffering from a mild case of severe annoyance) is just about as good as ’80s kids’ fantasy films got. While the film is slightly dated and occasionally cheesy in the cold, hard light of our modern era, it’s also an endless amount of fun, thoroughly inventive and features one of Bowie’s coolest songs ever (try to get “Dance Magic” out of your head…I dare you). Watch this on a double-bill with Henson’s The Dark Crystal for the full effect. 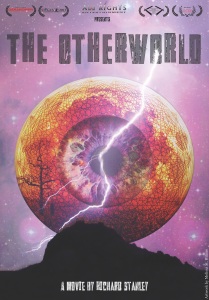 The Otherworld — When it comes to filmmakers, writer-director Richard Stanley has always done stuff the hard way. Whether his utterly insane, hallucinogenic “killer robot” flick Hardware, his mystical, highbrow Dust Devil or his aborted attempt to bring another version of Wells’ classic The Island of Doctor Moreau to the screen (recent documentary Lost Soul gives an in-depth view of Stanley’s batshit crazy history with that particular production), Stanley seems to make the films that he wants to see, popular interest or modern clichés be damned. The Otherworld is Stanley’s fascinating documentary about his experiences in Montsegur, France, long-held as one of the most mystical, strange places on Earth. Undeniably strange, often disjointed but never less than enthralling, Stanley details the history of the Cathar religion in the area (a female-centric religion that prized feminine power at a time in history when powerful women were more likely to be burned at the stake than lauded), as well as various unexplained, otherworldly occurrences. While true disbelievers might not be as moved, anyone with an open mind will find plenty of eerie, unexplained and flat-out amazing phenomena to chew on. 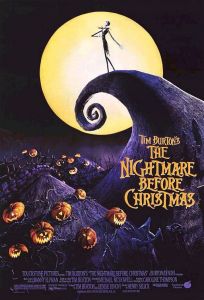 The Nightmare Before Christmas — An utter classic, this collaboration between Tim Burton, Danny Elfman and Henry Selick is just as awesome today as it was over twenty years ago. The animation is unique and immersive, the songs are great and there’s a genuine sense of wonder and menace that reminds us all why Burton was once of the single finest purveyors of the strange working in American cinema. Occupying the enviable position of being both a suitable Halloween AND Christmas film, smart viewers should program this one twice a year, just to be safe. 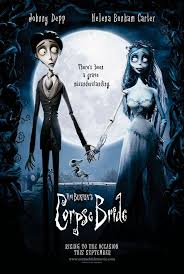 Corpse Bride — Although it’s a solid half-step down from The Nightmare Before Christmas, Corpse Bride is still quintessential Burton and worthy follow-up to the classic original. Directed by Burton and featuring his longtime muses Johnny Depp and Helena Bonham Carter, Corpse Bride feels like a Burton film through and through, ramping his Gothic tendencies up to a level that almost (but not quite) approaches parody. Above all else, however, this tale of a mild-mannered dweeb accidentally marrying a dead woman is a whole lot of fun and features a handful of truly wonderful setpieces. Smartest parallel here? The drab, boring, colorless world of the “living” versus the cotton-candy-colored, dynamic and utterly alive world of the “dead.” 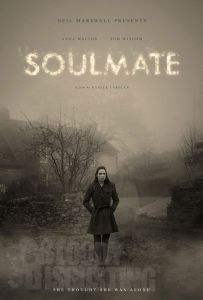 Soulmate — For a time, Axelle Carolyn’s moody ghost story is pretty excellent, all foggy moors, creepy old houses and moldering “sins of the past.” Once the film reveals its true intentions and becomes an exceptionally silly romance between the lead and a debonair ghost, however, the whole thing circles the drain with alarming speed. Too well-made and evocative to be completely disregarded but too inherently stupid to be taken seriously, this went from “I like what they’re doing” to “How much time is left?” with disappointing ease. 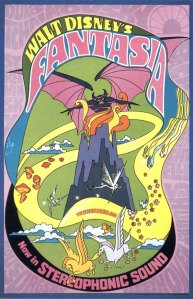 Fantasia — While some might question the positioning of Walt Disney’s iconic Fantasia in a month of only horror films, I kindly direct their attention to the Night on Bald Mountain segment. Not only was this one of my earliest introductions to the world of horror, it still stands as one of the creepiest, most intense and casually awesome animated shorts in the history of the medium. To this day, I still consider the film one of the crowning achievements in the cinematic world, despite all of the innovations that have come since. 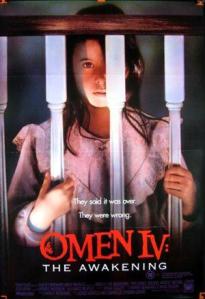 Omen IV: The Awakening — Until I actually sat down to watch it, I was completely unaware of the existence of the fourth Omen film, falsely believing that the original franchise ended with The Final Conflict. Turns out there was a very good reason I’d never heard of this TV movie from the dawning of the ’90s: it’s a complete and total piece of shit, even when compared with the notoriously low standards of the series. The whole thing is an awesome blossom of awful, from the howlingly bad dialogue to the dull death scenes (in a series that only ever had that aspect going for it, this might be the critical blow) to the acting that can politely be described as “blunt.” Hard to pick a “favorite” moment here, although the scene where Delia and Jo walk through a “psychic fair” has to be one of the single most ridiculous scenes ever filmed. Actual fans of the series should end with the third film and pretend this tax write-off doesn’t exist. 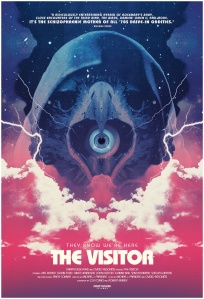 The Visitor — Some films exist to be mulled over, contemplated, debated and examined through a critical lens. Some films, however, exist for only one purpose: to be experienced. The Visitor, one of the most insane, confusing and outrageous Itallo-fantasies ever created, is obviously one of the latter. Although almost nothing makes sense, on any kind of fundamental level, this manages to throw evil children, killer hawks, extraterrestrial Jesus figures and basketball (?!) into an industrial-sized blender: the resulting concoction is frothy, silly, kinda stupid and endlessly entertaining. Extra points for featuring both John Huston and Sam Peckinpah in acting roles: extra, extra points for the fact that Peckinpah was such a mess, his dialogue had to be dubbed in post. Imagine what would happen if Jodorowsky decided he wanted to be Michael Bay. Can’t imagine it? Just watch The Visitor, instead. Mind…blown. 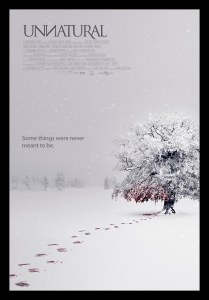 Unnatural — When it comes to horror films, there really aren’t a lot of “killer creatures” that haven’t been utilized: we’ve had killer sharks, killer bees, killer lions, killer birds, killer whales and killer dogs (among many, many more species of fauna). To this pile of snapping teeth and claws, we can finally add killer polar bears. Not just any killer polar bear, mind you: this particular polar bear is genetically modified to be bigger, meaner, smarter and scarier. While the genetically modified angle seems completely unnecessary (what, actual polar bears aren’t terrifying enough?), Unnatural is a pretty great fright flick, taking more than a handful of cues from that other well-known killer animal flick, Jaws. Lead James Remar is fantastic as our de facto hero and Twin Peaks alum Sherilyn Fenn is solid as a morally ambiguous scientist. Only real complaint? The filmmakers had the temerity to cast the one and only Ray Wise and then relegate him to a total of two scenes, neither of which really have anything to do with the narrative. Misuse of Wise? Not a wise move, my friends…not wise at all. 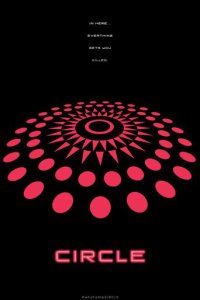 Circle — Many years ago, I took a chance on the modest, lo-fi debut of an (at the time) unknown filmmaker. Despite some rough acting and obvious budgetary limitations, the film ended up being pretty amazing: smart, unconventional, fascinating and completely its own beast, the filmmaker was Vincenzo Natali and the film was Cube. Natali would go on to become one of my favorite, most underrated filmmakers and Cube would go on to earn a place on my list of “neo classics.” This time around, the unknown filmmakers are Aaron Hann and Mario Miscione and the film in question is Circle. Using only one location (a dark room with a series of red circles on the ground), 50 unnamed characters and no movement, Circle manages to be endlessly fascinating, featuring some of the most cutting, potent discussions on morality that I’ve ever heard uttered in any film, much less a micro-budget sci-fi film. You might not think that a film featuring 50 unnamed people debating the logistics of who deserves to live and die in our modern society would be so interesting, well-made and thought-provoking. You would be wrong, of course, but that’s probably because you haven’t watched Circle yet. Rectify that immediately. 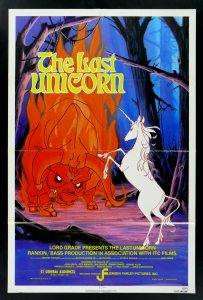 The Last Unicorn — I finished the third week of October with another of my longtime, favorite films from my childhood: The Last Unicorn. Possessed of a beautiful, ethereal style of animation that pretty much died with the ’80s, The Last Unicorn is a consistently lovely film to look at, sort of like a kids’ picture book come to life. The film, itself, is certainly an odd duck, juxtaposing the usual cartoonish antics that kids expected with some significantly more adult material (besides the terrifying Red Bull, there’s also the extraordinarily odd scene featuring the large-bosomed tree, a moment that must have scarred my formative mind at least a little). There’s an overriding air of melancholy to the film that keeps everything from becoming too lightweight and the scenes that stuck out the most when I was a kid (that amazing harpy, the ultimate demise of the king) still possessed the same power this time around. Will modern kids be able to appreciate something this out-of-fashion and out-of-time? While my head says “no,” my heart really, really wants to say “yes.”