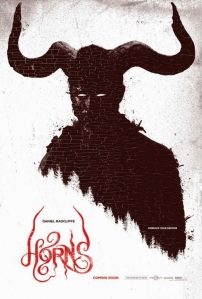 When French writer-director Alexandre Aja first exploded onto the scene with the feral, jaw-dropping ode to unmitigated carnage that was High Tension (2003), it looked like the horror world had found their next uncompromising dark master. Red-lined, kinetic, non-stop and a veritable workshop in on-screen brutality, High Tension may have made an imperfect kind of sense (think about the central twist too much and the whole thing collapses into dust) but there was no denying the terrible power of the images and ideas contained within. Rather than capitalize on this bit of extreme nastiness, however, Aja appeared to have doubled-down in the opposite direction: his next two projects were both remakes – The Hills Have Eyes (2006) and Mirrors (2008) – while his most recent directorial effort was Piranha 3D (2010), which either counts as another remake or a sequel, depending on how generous you’re feeling.

This, of course, ended up being massively disappointing: here was another seemingly unique voice who appeared to have shackled himself to the remake train, foregoing any notion of “new” or “original” for the much safer territory of “been there, done that.” When Aja was announced as the director for a big-screen adaptation of Joe Hill’s bestselling novel, Horns, this seemed like a step in the right direction: at the very least, this was a literary adaptation, not another re-do of someone else’s earlier work. As it turns out, Aja’s version of Horns (2014) is good: well-made, full of clever moments, good acting and some genuine surprises, there’s a lot to like here. On the other hand, the film feels about 30 minutes too long and much of what’s on display here feels distinctly old-hat. This might not be the Aja who slept-walked through Mirrors or Piranha 3D but it also bears precious little resemblance to the Aja who blasted out frontal lobes with the sheer insanity that was High Tension.

Beginning with some voice-over and a suitably cool scene set to Bowie’s unbeatable “Heroes,” we’re quickly introduced to our hero, Ig Perrish (Daniel Radcliffe), and his current predicament. Seems that Ig’s girlfriend, Merrin (Juno Temple), has turned up dead and everyone in his small town, including Ig’s family, thinks he’s guilty of the crime. Shunned by everyone, publicly accused by Merrin’s father (David Morse) and given the cold-shoulder by all of his childhood friends, save his lawyer buddy, Lee (Max Minghella), Ig has become the town’s pariah, a social leper that everyone wishes would just disappear.

After he drunkenly desecrates the makeshift shrine that the townsfolk have set up for Merrin, Ig ends up with the local barkeep and wakes up in her bed the next morning. In a decidedly alarming development, poor Ig appears to be sprouting rudimentary horns from his head. Even stranger, however, is the way in which the bartender uncharacteristically gorges herself on food, in his presence: she seems to act as if possessed by some powerful force, unable to control herself. After several more awkward/humorous scenes involving overly honest medical personnel, clergy and his own parents, Ig comes to the startling realization that his new horns have the ability to force people to act on their deepest, darkest secrets.

In no time at all, Ig has decided to use his new power to conduct his own investigation into Merrin’s death: wandering the town like a scraggly, sardonic avenging angel, he “interviews” one person after the next, piecing together the details of Merrin’s last days as he goes. While the investigation takes place in the present, we also get copious flashbacks to Ig and Merrin’s youth, where they first fell in love and hung out with their friends Terry, Lee and Eric. These flashbacks hold little clues to the current mystery’s resolution, although Ig won’t know the full story until the final reel (astute viewers will probably figure this out way ahead of our intrepid sleuth). Once the truth is revealed, Ig becomes hell-bent for revenge, as he finds himself transforming into an increasingly powerful, unhinged and demonic force. Will Ig be able to bring his girlfriend’s killer to justice or will the flames of his own burning anger incinerate him long before he can make his final move?

There’s a lot to like about Horns: the cinematography is, in general, quite good and the soundtrack, full of nicely evocative songs like the Pixies’ “Where is My Mind?” and Bowie’s “Heroes,” works spectacularly well: the film actually had one of the best soundtracks I’ve heard in a while, with the score being equally memorable. The acting is also quite good, with Radcliffe being especially impressive: if The Woman in Black (2012) hadn’t marked Radcliffe’s transition from the world of Harry Potter to more “adult” genre roles, his performance as Ig certainly makes this clear. There’s a certain charisma that’s never far below Radcliffe’s performance, informing every snarky comment, confused squint and determined glower that crosses his face. He sells the concept of the horns by virtue of not looking goofy wearing them, which says a tremendous amount about his performance.

Also on the plus side, it’s nice to see David Morse in a rare “good guy” role: all too often, the veteran character actor is the equivalent of a twirling mustache but he gets a chance to stretch out, a little, and play a genuinely conflicted, human being. I’ll be the first to admit that Morse’s very presence seemed to signify the guilty party but I’m giving nothing away by saying that his grieving, angry and rather irrational Dale comes down distinctly on the side of right in this issue. I was also rather impressed by Minghella, who brings a little bit of depth to an odd character. While I thought he could be a bit bland, there was always a great interplay between him and Radcliffe, which helped sell the friendship.

On the negative side, we get some rather dodgy special effects (the CGI snakes are particularly offensive) and the final transformation bears an uncanny resemblance to Tim Curry’s Darkness, which ends up injecting a rather unintentional level of hilarity into what’s supposed to be a very climatic moment. There are also some patently stupid scenes in the back half, such as the ones where Ig induces someone to take “all the drugs” and another where he makes a couple of characters act on their latent homosexual urges. The tone on these is pitched all wrong (the drug scene features a “trip” that would’ve seemed stale in the ’60s) and they come off eye-rolling rather than impactful.

The biggest issue I had with Horns, however, ended up being how damn familiar the whole thing was. While I haven’t read Hill’s novel, I found myself predicting so much of the action that it definitely felt like I had. Chalk it up to screenwriter Keith Bunin or the original source material but there were precious few times that I was caught off guard and I couldn’t help but feel that I’d seen this same story (minus the horns, obviously) many times before. Hell, squint and the whole thing looks a bit like Rian Johnson’s Brick (2005), again, minus the horns.

I didn’t dislike Horns: ultimately, the film is too slick and well-made (minus the damn snakes and poor Heather Graham’s bug-eyed cameo) to invite any kind of easy derision. When it all works, there’s a pleasant sense of del Toro-lite that, coupled with Radcliffe’s natural charisma, makes the film highly watchable.  When it goes off the rails, however, it’s actually pretty silly, which certainly tempers the stormy mood established by the rest of the film. Bar a few tell-tale moments, however (the shotgunned head and the pitchforkin’, for example), the film never approaches the oomph that characterized Aja’s earliest films (remake or not, The Hills Have Eyes was the furthest thing possible from a placid lake). More than anything, this feels like another multiplex horror, something to enjoy with some popcorn and a date. There are a lot worse things in the world but I can’t help but be disappointed, nonetheless.