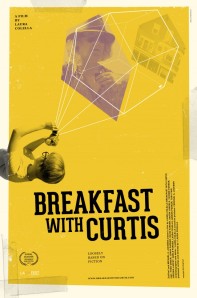 Unless you happen to live atop a flag pole or at the bottom of the Mariana Trench, chances are good that you’ve had neighbors at some point in the past. Whether you tend to fall more on the Flintstones’ side (love thy neighbor) or the Sawyers’ side (brain thy neighbor with a mallet) is completely up to you, of course: personally, I tend to be Team Sawyer, so you’d best have an invite if you come knocking. For many folks, however, interacting with and getting to know their neighbors is an integral part of what it means to be a good citizen, a way of bringing humanity closer while strengthening the necessary social bonds that help us all pull together in times of crises. I get that…I really do. It’s always a good idea to know who lives nearby, especially if you’re the kind of person who relies on the kindness of strangers for things like lawn mowers, cups of sugar and hedge clippers. What if, however, your next-door-neighbors are a bunch of hippy-dippy pains-in-the-asses? In that case, you might very well end up with a situation like Breakfast with Curtis (2012), writer/director/actor Laura Colella’s most recent film.

The film begins “five years ago,” with the inciting incident that touches off the neighborly feud: young Curtis (Gideon Parker) throws a rock at his neighbor’s cat. Said neighbor, Syd (Theo Green) is a bit of a hippy hothead and threatens to crush Curtis’ skull. Needless to say, Curtis’ father, Simon (David A. Parker), isn’t thrilled with this plan and comes around to tell Syd and his wife, Pirate (Adele Parker) to stay the hell away from him and his family. Five years later, Curtis (Jonah Parker) is now 14 and he’s one of those stereotypically unhappy movie kids that never speaks, preferring to communicate by a complicated series of sighs and disappointed glances. He seems to be completely withdrawn from his family (and life in general, it seems) but this all changes (of course) when Syd has a change of heart and decides to try to bring Curtis into the fold via a videography project. As Curtis and Syd begin to spend more and more time together, the boy begins to come out of his shell and even (gasp!) smiles at one point…he’s cured! In the meantime, as Curtis is getting his life on track, Simon and his wife, Sylvie (Virginia Laffey), try to reconcile their former friendship with Syd, Pirate and their quirky housemates, Frenchy (Aaron Jungels), Paola (Colella) and Sadie (Yvonne Parker). Will Curtis be able to navigate the stormy seas of adolescence? Will Simon and Sylvie ever be able to recapture those fabled “Tequila Summers” of yore? Will Syd ever shut up?

Right off the bat, it helps to know a few things about the film. For one thing, the movie was shot in Colella’s own house and the characters are actually based on her own housemates and their (apparently) once contentious relationship with their own next-door neighbors. The cast is made up of a mixture of non-actors and professionals (at least to the extent that they’ve appeared in Colella’s other independent features), although the actual actors are playing different roles than their real-life counterparts. As such, the performances in the film tend to be a mixed-bag. Theo Green is a force of nature as Syd, resembling a slightly older, more disheveled Weird Al Yankovic but he’s pretty inconsistent: there are times when he’s able to bulldoze the audience into submission although, just as frequently, his delivery is awkward and halting. Jonah Parker isn’t given much to do, as Curtis, but there’s nothing particularly wrong with his performance: we’ve seen a hundred characters like this in indie comedies/dramas/dramadies over the past 15 years and Parker does no worse (or necessarily better) than the others. The rest of the cast, including director Colella, acquit themselves just fine, with one glaring exception: Yvonne Parker is absolutely painful as Sadie. Her dialogue tends to be trite and her delivery/performance is irritating and tedious, exemplifying the very worst aspects of non-actors in professional productions. While the other performances may be a bit unpolished, from time to time, Parker is consistently terrible.

Uneven performances notwithstanding, my biggest issue with Breakfast with Curtis tends to be its relative lack of focus and, occasionally, confusing story elements. For much of the film’s running time, it’s exceptionally difficult to get any real sense for who these characters are and how they’re all connected together. It wasn’t made clear until much later in the film, for example, that the people living in Syd’s house are actually several different groups: for a while, I assumed they were all related, which made some of the (assumed) sexual pairings come across as a little confusing, to say the least. I don’t mean to imply that a genealogy chart is required, of course, but the film seems to assume that we’re all on the same page from the jump, when I obviously wasn’t.

There are also story elements that seem rather undeveloped, sometimes to confusing effect. In one instance, a female visitor shows up at Syd’s house, is treated like a long-lost relative and seems to engage in a threesome with Frenchy and Paola, yet is never introduced or affects the film in any noticeable way. There’s also some unnecessary vagueness regarding the nature of Simon and Sylvie’s former friendship with Syd and the others: at one point, there seems to be a strong inference that they were all swingers. Were they? Does that actually have any bearing on the plot? Should it? As someone who not only strives to pay pretty close attention while watching films but also takes notes, I’m particularly confused by my inability to answer these questions. The only conclusion I can reach is that the answers were never provided. Small issues, perhaps, but the more time I spend confused, the less time I spent invested in the actual film.

Which, ultimately, is a bit of a shame, since the movie isn’t bad, even if it is rough. Everything has an amiable, shaggy-dog quality that makes it eminently watchable, even when it begins to come off the wheels. It would have been nice to have Syd say something profound, at some point (at any point, really), but Theo Green is charismatic enough that the character comes across as eccentric rather than haranguing.  Jungels and Colella have good chemistry together and there are plenty of charming scenes to be found (the “ladies-only” birthday party, where Frenchy dresses in drag, is a particular highlight and a really lovely scene, in general). I was also a big fan of the film’s color palette, finding the warm and primary color choices to be good ones, bringing a vibrancy to the proceedings that are sometimes lost in other indie films that favor drab tones and colors.

At no point, however, does the film ever seem to have any real forward momentum: the stakes are consistently low and there never seems to be any sense of “danger” whatsoever. Even the conflict between the neighbors seems to be largely forgotten after the opening: when Curtis’ parents find out that Syd wants him to help with his project, they both think it’s a great idea and encourage him to go for it. The Hatfields and the McCoys, they ain’t. In a cinematic landscape where these kind of coming-of-age dramadies are as numerous as grains of sand on the beach (I must have seen at least two dozen over the past three or four years), Breakfast with Curtis just doesn’t do enough to stand out from the crowd. It’s amiable and easy-going, sure, with a nice message and a good heart. Sometimes, however, that’s just not quite good enough.