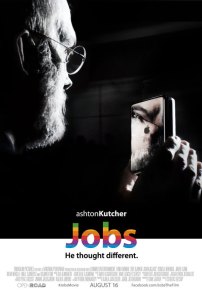 There’s an old saying that goes, “If you can’t say something nice, don’t say anything at all.” In certain cases, that’s definitely good advice…after all, our modern world is already stuffed to bursting with enough snark, sarcasm and extreme eye-rolling to last us for the next thousand years. Moreover, if someone (or something) really makes an effort and gives it all that they have, who are we to completely destroy their efforts? By all accounts, Ed Wood was an awful filmmaker but he seemed to be a pretty decent guy. Why needlessly pee in his Cheerios? We’re surrounded by the continual evidence that good intentions don’t always produce good results but we can’t always be successful: that just part of the human experience. For my money, if something is good-natured, honest and ambitious, but inherently crappy, I tend to cut it a little slack. After all, we all had to learn to walk before we ran, entertainers/content-creators included. I appreciate the nice guys, even if they aren’t always the best guys.

On the flip-side, however, there are certain bits of “entertainment” so devoid of quality, craft, individual thought or reason for existence that they become the equivalent of the gum-bedecked underside of a groody road-side-diner-counter. Whether they be “movies,” “albums,” “TV shows” or some unnamed, terrifying “other,” these lazy tax write-offs exist for one reason and one reason only: commerce. There is no “art” to these festering piles of elephant dung, merely the depressing notion that some office-bound bean-counter has determined “this” (whatever it may be) to be the next step in whatever corporate plan they’ve downloaded from the internet. Such “entertainment” tends to be overly glossy, empty-headed, obvious, lazy and, above all else, inherently bored with itself: this, after all, has nothing to do with art and everything to do with business. Audiences around the world may laugh at Tommy Wiseau’s ridiculous “film” The Room but at least the film was made with passion…inarticulate, wrong-headed, mumble-brained passion, but passion, nonetheless. The best that can be said for Jobs, the outrageously terrible, unbelievably obnoxious “biopic” about the titular Apple co-founder, is that the film eventually ends. Strong viewers will eventually make it out, albeit in a slightly damaged, shell-shocked manner. Those unlucky enough to have their brains melted by Ashton Kutcher’s highly-slappable sneer, however, will find themselves trapped in a cinematic purgatory that’s one part Visa commercial, one part litter box liner. Gentle readers: you’ve been warned.

Most biopics, particularly those which stick us with a character for decades worth of screen-time, live or die by the actor portraying said role. These performances can be iconic (who doesn’t think of George C. Scott when they think of General Patton?), meticulous (Meryl Streep as Thatcher, Jim Carey as Kaufman) or ridiculously over-the-top (Barry Bostwick may not be regarding as the best-ever FDR but he’s certainly the best-ever werewolf-killing FDR and I’ll rabbit-punch anyone who says otherwise). A good biopic will do something to get to the heart of its subject, try to make a (perhaps) overly legendary subject into something a little more palatable for the average Joe. Good biopics teach us a little history, of course, but they also teach a little something about the human condition.

Bad biopics, on the other hand, are like little kids playing dress-up in their parents’ clothes: it’s all stage-dressing, with no inherent understanding of the forces beneath, the tics, traits and beliefs that made Andy Kaufman more than just a tall, gawky guy or Ed Wood some guy wearing Angora sweaters. There needs to be a basic level of understanding, something that cuts deeper than makeup and wardrobe: it’s this basic understanding of the character that is completely missing from Ashton Kutcher’s tone-deaf portrayal of Steve Jobs the dead-on-delivery Jobs.

In most cases, I would begin one of these with some sort of synopsis of the plot. In the case of Jobs, however, this is pretty much unnecessary: there really isn’t a plot. In fact, Jobs seems to exist for two reasons, reasons which wouldn’t inherently seem to go together but which become the twin pillars which hold up this entire house of cards: to depict Steve Jobs as the biggest asshole in the history of the world and to revere him as a god. To that end, the film enlists the capable assistance of Kutcher: when one is attempting such a feat, one must go right to the top of the food-chain.

Full disclosure: I don’t dislike Kutcher by default, although I do find that he wears out his welcome in anything more than small doses. I always thought he was brilliant in That ’70s Show: perhaps my inability to see him as anything but Kelso has unfairly clouded my perception of his post-’70s Show output. That being said, I don’t think that Kutcher is a talented actor: more like an entertaining individual. Unlike a more capable rubber-faced “funny man” like Jim Carey, Kutcher is all surface-level mugging: if he can’t communicate the particular emotion with an upraised eyebrow, sneer or sense of privileged ennui, he just doesn’t bother. As such, Kutcher’s Jobs is never anything more than a one-sentence descriptor, perhaps something along the lines of “sneering, driven, egotistical idea-man.”

The main problem with this “acting choice,” among many, is that the audience never gets any kind of feel for why we’re supposed to stick with Jobs throughout the film, much less stick up for him. Unlike a film such as A Beautiful Mind, where we get to witness some of the abstract “thinking” in action, we never witness anything relating to Jobs that comes close to explaining how the real-life man was held in such high esteem. We’re told that Jobs has dropped out of school but still hangs around his college campus, thanks to the kindly attention of a dean that seems to see more in him than we do. Jobs walks around with an arrogant bearing, conducting himself in much the same way as a feudal king might. The problem, of course, is that we never get any sense as to why anyone would put up with this pompous jackass for more than a few minutes.

Even worse, the filmmakers shoot the whole elongated mess with all of the visual flair and glossy color scheme of a Visa commercial, right down to the silly, “serious” musical score which seems to portend something greater than the film ever delivers. At every available opportunity, the film seems to draw attention to the grandeur of its themes while missing out on one very important bit of information: it’s never about anything. Ever. Time and time again, the film seems to strain and burst at the seams, pushing outward to become as big as it thinks it is, something like those little foam pellets that grow in size once they’re introduced to water. Unlike those cheerful pellets, however, Jobs is formless and ugly, a strange little piece of nothing that never resembles anything, no matter how many times you turn it over.

I wish that I could say that there was something of value to be found here, anything worth justifying the over two-hour running time. Alas, there’s really not much to write home about, lest one is feeling in a particularly spiteful mood. As mentioned, the film’s look is overly slick and commercial, coming across as nothing more than one of those “feel-good-and-spend-money” television adverts to always seem to show someone else having a great time. The dialogue, thanks to first-time writer Matt Whiteley, is overly obvious and trite, leading to moments like the one where Jobs looks profoundly at Steve Wozniak (Josh Gad) and proclaims: “This is freedom to create…to build…” Build me a boat and sail me out of here, Ashton: I ain’t buying it. As an audience, we don’t get any new insights into the subject or those around him…if anything, I was more confused about Jobs after watching the film than I was before-hand. If this film was an accurate portrayal of Steve Jobs (which, I’m fairly sure, it wasn’t, due to the endless other problems with the production), I’m left with only one thought: how the hell did he keep from getting his teeth kicked in? Truly, if Jobs was anything like Kutcher’s portrayal in the film, he must have been one of the nastiest, most petty and down-right obnoxious individuals to walk the earth. Which, of course, seems a little strange when one considers that every other character in the film treats him like an earthbound god. It makes absolutely no sense, especially because we’ve never been shown Jobs being innovative: his normal default seems to be angry, smug and smelly for most of the film.

Are there bright spots here? Not really. The acting, once one gets past Kutcher, is decent, although everyone has the tendency to overact whenever real “emotion” is called for. In particular, one of the film’s many low points has to be the howlingly bad scene where Wozniak and Jobs, in effect, “break up”: Josh Gad’s tearful performance is so ridiculous, so cringingly bad, that I found myself embarrassed for him, as an actor, rather than even mildly invested in whatever silliness his character was going through. There’s not one moment of the film that rings even faintly true or authentic, save for one single example: the 1984 commercial.

If there is anything successful about Jobs, it would have to be the short scene that recreates the famous “1984” commercial. For some reason, this scene ends up with some real impact, although I’m not sure why. Perhaps, subconsciously, I was remembering the original commercial. Perhaps, for once in the film, the filmmakers allowed a little genuine emotion to invest the proceedings. Whatever the reason, the scene ends up being highly effective which, ironically, only goes to underscore how bad the rest of the film is.

Is Jobs a bad movie? Absolutely…perhaps one of the worst films I’ve seen in the last decade or so. The film manages to fail on nearly every single level: acting, script, cinematography, editing…it’s almost a greatest hits of ineptitude. At times, the film almost (note that I say “almost”) achieves a dada level of absurdity, something closer to a Sharknado than an Ishtar. Often, I was left wondering if this were some sort of ultra-high concept prank, a Sacha Baron Cohen-esque attempt to portray its subject in the worst, most banal light imaginable. By the tenth or twentieth “raised eyebrow/cocky smile” combo, I was still ready to give them the benefit of the doubt and settle in for some “American Badass” levels of stupidity. By the 100th “raised eyebrow/cocky smile” combo, however, I had effectively abandoned hope: this was no satire or parody, unfortunately…this was just bad filmmakers making a bad film.

Now that would be innovation even I can get behind.