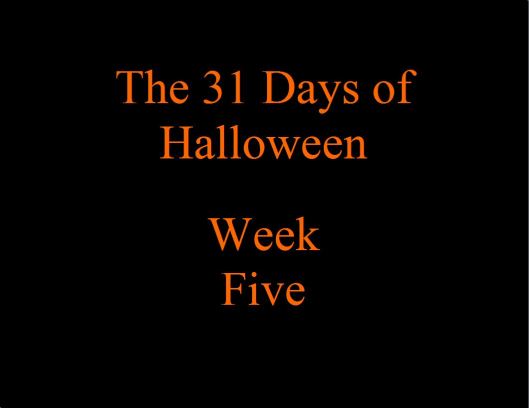 With no further ado: the films screened during the final three days of the annual 31 Days of Halloween. These final films tended towards the “old favorites” variety but we still managed to sneak in a new, previously unseen film from this year, just to spice it up.

My very favorite seasonal anthology film will always and forever be Michael Dougherty’s Trick r Treat: he just nails the Halloween vibe so completely and authentically that there’s really no need to look further. That being said, you can only screen the film over so many consecutive All Hallows’ Eves before it begins to lose a smidgen of its precious luster.

That’s where the multi-director/writer effort Tales of Halloween comes in: it may not be the best Halloween-oriented anthology film out there but it’s a pretty damn close runner-up. Although this isn’t quite as unified as Dougherty’s classic, the shorts all take place in the same small town, on Halloween eve, so there’s definitely a little crossover/bleed-over between segments, leading to a nice sense of small-scale world-building. The segments also share the same rich production values and sense of style, so they all fit together visually, as well as thematically.

As with all anthology projects, not all of the shorts are winners but the scale is definitely tipped more towards the successful end of things than in something like The ABCs of Death or V/H/S: in particular, Mike Mendez (Big Ass Spider, Don’t Kill It) and Darren Lynn Bousman (Saw 2-4, Repo: The Genetic Opera) come up with impossibly fun segments that serve as highlights of both their respective careers. Tales of Halloween might not be quite as perfect as Trick r Treat but that’s no reason not to give it a turn in your seasonal programming.

Irish writer/director Liam Gavin’s debut, A Dark Song, is an often fascinating (if equally frustrating) treatise on love, loss, vengeance and forgiveness, set within the creepy confines of an isolated Welsh manor house. Grief-stricken Sophia (Catherine Walker) hires prickly occultist Solomon (the always prickly Steve Oram) to help her perform a long, arduous ritual that will (hopefully) allow her to communicate with her murdered son. As the days stretch into months, however, Sophia will come to question not only Solomon’s abilities but her own notions of reality.

Brooding, grim, leisurely paced and bolstered by a truly ominous, portentous score (courtesy of Ray Harman), Gavin’s debut layers on the atmosphere, to mostly good effect. The interplay between Walker and Oram is the real meat of the film and they play off each other pretty spectacularly: if nothing else, A Dark Song features two of the year’s sturdiest performances, hands down. The film also looks consistently great, thanks to Cathal Watters’ truly gorgeous cinematography: full of luxurious wide shots of the stunning countryside but equally comfortable with the dark, claustrophobic interiors of the main house setting, the camerawork is a key aspect of what makes A Dark Song work so well.

Despite all of the above, however, I’ll freely admit that the film’s finale thoroughly mystified me, leaving me with a distinctly unsatisfied feeling as the final credits rolled. While I think I know what happened, I’m really not sure, leaving me feeling as if I missed out on some important detail. To put it in gymnastic terms: Gavin’s A Dark Song nailed the performance but didn’t quite stick that all-important landing.

An American Werewolf in London

Nearly forty years after it first debuted, John Landis’ landmark An American Werewolf in London (1981) still stands as one of the best werewolf films of all time, with precious few legitimate challengers since. The film is a perfect synthesis of real horror, tension, pitch-black humor, award-winning practical effects and genuinely likable characters: there are no shortage of truly horrifying moments and images in the film but the focus, first and foremost, is always on character and mood over gross-out gags.

Best buddies David (David Naughton) and Jack (Griffin Dunne) are backpacking through the misty British isles when they find themselves at the suitably unwelcoming Slaughtered Lamb Inn. After foolishly ignoring the superstitious locals advice to stay on the road, the dynamic duo stride into the wilds and are attacked by some sort of vicious animal. Jack is torn to pieces and David wakes up in the hospital, full of strange urges and haunted by terrible nightmares. When Jack comes back as a rapidly decomposing body and urges David to kill himself before the next full moon, the fun really begins.

An American Werewolf in London is that rarest of horror-comedies that actually does justice to both sides of the coin without tipping the balance into the silly or slight. There is genuine menace to be found here (the scenes on the moors are just about as good as it gets, as are those truly horrifying nightmares), along with plenty of well-executed action sequences (the Piccadilly Circus setpiece is just perfect) but Landis is, as always, a deft hand with the comedy elements. Dunne gets most of the film’s best lines as the ever charismatic, if increasingly repulsive, Jack but his comic interplay with Naughton forms the backbone of the film. There’s a good reason why this movie is considered a classic: it’s that damn good. 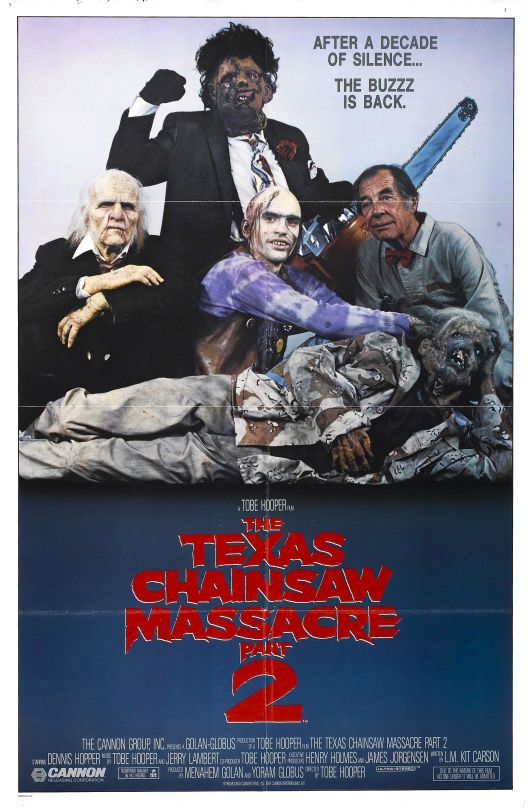 What is the quintessential ’80s horror movie? While there really is no right answer (the discussion would be longer than every 31 Days of Halloween post, combined), there is one film that pretty much sums up the ’80s, for me, and will always stand as one of my very favorite films from that illustrious decade. When I think of ’80s horror, the first thing I think about is always the late Tobe Hooper’s brilliant The Texas Chainsaw Massacre 2 (1986).

Loud, garish, over-the-top and gleefully demented, TCM 2 may seem like an ill-fit to its more low-budget, gritty older sibling but I’ve always seen them as two sides of the same coin. In fact, had the franchise ended with Hooper’s contributions, I daresay it might have been one of the most perfect, singular one-two punches in cinematic history. All of the societal themes that were simmering in TCM’s ’70s have come to a full boil in Part 2’s ’80s, allowing Hooper to poke bloody holes in the dead-eyed capitalism that Gordon Gekko held so sacred. After all, this is a film that sees grubby, gas-station cannibal Drayton Sawyer transformed into an uber-slick, ultra-popular civic leader: all hail the mighty dollar!

It’s always mystified me that fans and critics, alike, have savaged The Texas Chainsaw Massacre 2. It may be a very different film from Hooper’s original but it’s an equally masterful piece of filmcraft and deserving of just as many accolades. The saw will always be family, to me, and TCM 2 is an important member of that family.

And there you have it, folks: the 31 Days of Halloween, 2017 edition. With October now officially in the rear-view mirror, join us as we begin to take a look back at the year, highlighting some of the very best (and worst) that the genre had to offer. Until then, keep it spooky, boos and ghouls.