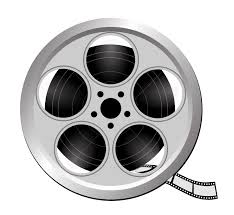 By their very nature, graveyards tend to be quiet: possessed of the sort of stillness and lack of activity that comes naturally when the vast majority of your occupants are dead, most graveyards are anything but hives of activity. Supermarkets are for hustle and bustle…graveyards are for quiet contemplation and mournful reflection. You shouldn’t have to convince anyone of this fundamental fact. Unless they’re a horror fan, of course.

You see, horror fans know that graveyards can be just as “alive,” active and bustling as any thriving metropolis. To horror fans, no graveyard could ever really be considered dormant or dead, not while so many numberless creatures of the night still roam this world. This is all by way of saying that neither The VHS Graveyard nor its humble caretaker are dead: we’ve just been moving at our own, decidedly funereal pace, much like the vampires, zombies and ghastly beasties that are our stock-in-trade.

As we near the midpoint of this calendar year, however, I thought it might be useful to check in with all of you loyal boos and ghouls and let you know just what monstrous abominations have been stirring from their deathless slumbers deep within The VHS Graveyard’s unhallowed halls: we may have been silent but we’ve been anything but idle.

First and foremost, The VHS Graveyard continues in its previously stated goal of screening every single horror film released in 2016. This, of course, might have been a little timelier last year but life has a funny way of imposing its will over any given situation. Nonetheless, we’re finally seeing light at the end of the tunnel and it does not, in fact, appear to be an approaching freight train: out of a grand total of 258 horror films released in 2016 (either theatrically or straight-to-VOD), we only have 28 titles left to screen.

What’s been taking so long? Life, as it turns out, but also a rather inherent truth: we’ve been scrapping the bottom of the 2016 barrel for a few weeks, now, and the pickings ain’t getting any choicer. While I screened more than my fair share of flat-out amazing films in 2016, I also saw an almost equal amount of pure and unmitigated crap: as the selections thin out, the crap has risen to the surface in some pretty unpleasant ways. Suffice to say that screening three awesome horror flicks a day is a dream job. Trudging through just one 80-minute shit-fest, however, can feel like the cinematic equivalent of the Bataan death march and tends to put the brakes on forward momentum.

But here’s the thing: I knew it wasn’t going to be all champagne and caviar when I picked this assignment. In essence, that’s one reason why I wanted to watch all 2016 horror films as opposed to just cherry-picking the best. This way, I’m getting a full picture of everything that 2016 horror had to offer, warts and all. It’s easy to say that “Film X” is the best horror film of the year if you’ve only screened a handful of films: giving that same proclamation after screening 258 films, however, is a whole other ballgame.

Additionally (but to a far lesser extent), I ending up screening a handful of films that proved to be fake horror films: whether thrillers, straight-up comedies or classic fake-outs, this group of 10ish films made the initial list but just ended up wasting my time, once the final credits had rolled. In the grand scheme of things, this factors more as a par-for-the-course thing than anything more frustrating but it still ate away a few valuable days of viewing time.

Nonetheless, we’re still committed to our original goal and getting closer by the day. We’re still a little undecided as to what form the final project will end up taking (we’ve even toyed with the idea of releasing this cinematic journey as a book, with the understanding that it would probably see light of day sometime around 2050) but rest assured that The VHS Graveyard will be documenting this (previous) year in horror cinema in some manner in the nearish future.

What else has The VHS Graveyard been brewing up in its Hammer-approved laboratory? It goes without saying (but we’ll say it anyway) that The Graveyard hasn’t been neglecting this current year in horror cinema, even though our eyes have been firmly planted in the rear-view mirror. We’ve managed to screen 10 current horror films, thus far, including a rare trip to the multiplex: except to see more complete analysis on these soon, including a preliminary look at what we consider to be the best films of 2017, so far.

This desire to document some of the newer films we’ve screened leads us directly to what may be one of the biggest changes for The VHS Graveyard. When I first started this blog, back in the early hours of 2014, my goal was to chronicle every single film that I screened, in order, by day. This initial goal held fast through mid-2015, after which the tremendous backlog of screened films (conservatively, I’d estimate that we watch somewhere between 200-300 movies a year) overtook us like a tsunami. After that point, postings became fewer and farther between and we lost, for the most part, that initial feeling of peeking into our daily viewing habits.

In order to unblock the jam and allow forward movement, The VHS Graveyard will be attempting to release reviews in a more timely, if non-linear manner. We currently have at least several hundred unwritten reviews, in the wings, and our ultimate goal is to get these out to you fine folks sometime before we all expire. That being said, The VHS Graveyard prides itself as a source for horror fans to discover all kinds of previously unknown treats and that’s just not possible unless we’re getting the reviews out. Like all promises, this one is contingent on life looking the other way but we feel good about it and that’s a start.

In closing, let me reiterate one thing: The VHS Graveyard is still here and we aren’t going anywhere quite yet…after all, there’s still a few acts left in this particular tale. Keep giving us your undivided attention (or divided…we’re not picky) and we’ll continue to bring you our unfiltered views on the world of cinematic horror, along with anything else that happens to catch our eye.

We may be late but we prefer to think of ourselves like that famed Transylvanian count: timeless.