There’s no denying that 2016 was a great year for horror cinema but every coin has two sides. Before we get to the very best that the year had to offer, it bears taking a look at the other side of the coin: the very worst of calendar year 2016.

Out of the 179 horror films I screened in 2016, I classified 40 of them as terrible: of those 40, I’ve managed to whittle the list down to the top 15 offenders, the group of 2016 horror films that I would classify as the “worst of the worst,” at least based on what I screened. Bear one thing in mind: none of the films on this list committed the sin of being merely humdrum, dull or average: this were overachievers, in the same way that the top 20 films overachieved. In that spirit, then, I present you with the 15 worst horror films of 2016, in no particular order. View at your own risk. 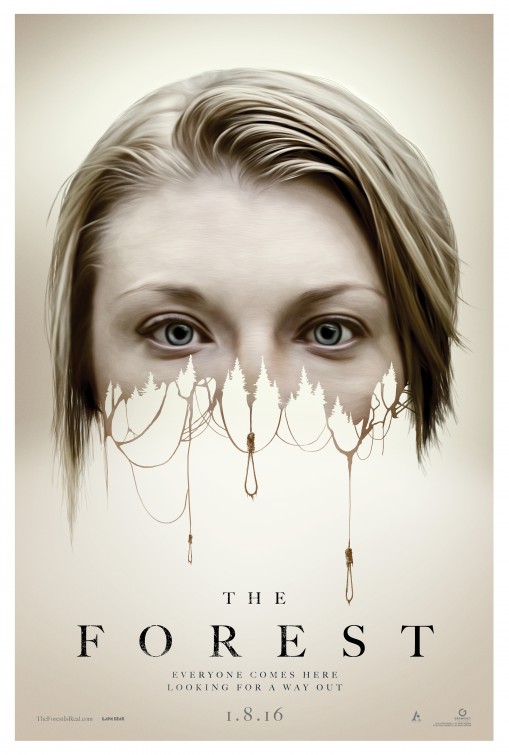 This came out at the beginning of the year and set the tone for the worst that 2016 horror would offer: glossy visuals, lame jump scares, loud musical stingers, zero genuine frights, unlikable characters and reckless squandering of great concepts/locations. There’s something so generic and processed about this lifeless story of a woman investigating the disappearance of her sister in Japan’s legendary Aokigahara Forest that you might feel as if time has stopped if you’re unlucky enough to sit through it. While there were certainly gems to be found in this year’s crop of mainstream, multiplex horror films, The Forest was most certainly not one of them. 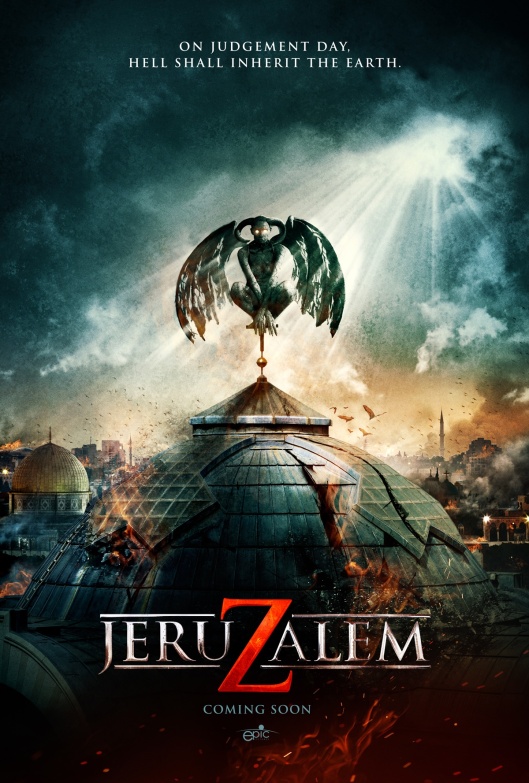 Found-footage nonsense that somehow manages to make a Biblical apocalypse in Jerusalem as interesting as paint drying. Loathsome characters run around the city, fleeing from angels, demons and any semblance of common sense possible. This reminded me of As Above, So Below, which is definitely not a compliment.

Even without the astoundingly terrible “twist,” The Boy would proudly represent the nadir of mainstream horror in this calendar year if it didn’t have so much competition. This was the kind of goofball thing that began as a head-scratching concept (a naive young woman is hired by the kind of sinister old couple that belong in House of the Devil to babysit their young son, who happens to be a wooden doll), devolved into dumb Blumhouse jump scares and then came full circle to a resolution that is so howlingly stupid, I fully expected the cast of SNL to jump out and start doing the robot.

Another dead-on-arrival found footage film that would be casually offensive if it weren’t so thoroughly inept and forgettable. Irritating reporters head to the desert, uncover evil, yadda yadda yadda. Like most of the film’s on the list, this was an absolute chore to get through. 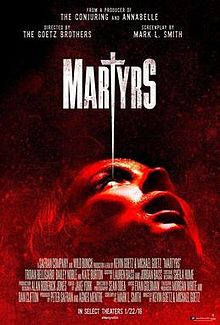 Proudly taking the title of “Most Pointless Remake” from Gus van Sant’s shot-for-shot Psycho redux, this American redo of the classic New Wave of French horror gut-punch manages to bleed all the power, intensity and repulsive beauty from the original, leaving nothing but a hollow shell and the basic story beats. The original Martyrs might not have been everyone’s cup of tea but the remake isn’t even a cup of warm water.

I fully expected Darren Lynn Bousman’s Abattoir to be one of my favorite films of the year and yet here it sits on my least favorite list. What went wrong? The film starts with a fantastic concept (a genteel madman, played by the formidable Dayton Callie, goes around and “collects” various rooms that have hosted terrible crimes in order to build the ultimate haunted house) and then works as hard as it can to destroy any good will garnered from said killer idea. At the end, we’re left with a piss-poor imitation of John Carpenter’s In the Mouth of Madness when we could have had a completely new, totally cool horror franchise for the new millennia.

Another found footage film (notice a trend here?) that details the exploits of a group of obnoxious film students on a haunted plantation. The lack of scares wouldn’t be a problem if anything else in this worked. As such, though, we’re pretty much left with video cam footage of a bunch of young jerks goofing around, followed by some cheap, dollar store effects.

No-budget dreck about a mama’s boy and his killer mama feels like a bad student film (the lighting, in particular, is atrocious) and does nothing in its relatively short run time to alleviate that impression. I’ll be honest: I could elaborate but that’s just about what this particular situation calls for…short, sweet and to the point.

Painfully unfunny “comedy” that features people like Justin Long, Jon Heder and Amy Sedaris (who really should know better) mugging their way through a tissue-paper-thin haunted house story that isn’t so much Scooby Doo as Scooby Dumb. As bad as the films on this list might be, there were few that I disliked as immediately and intensely as this waste of resources.

This film satisfies a very small but, I’m sure, extremely dedicated niche market: those folks who revel in the humiliation of Danny Glover. If you harbor some sort of pathological hatred for the esteemed actor, Darkweb will be like manna from heaven. For anyone who doesn’t want to watch poor Danny Glover shout, flail his arms, cuss like a sailor and generally act like a complete idiot, however, this pathetic Hostel clone will offer nothing more than odd ethnic stereotypes, unconvincing performances and some truly goofy setpieces. Awkward, to say the least. 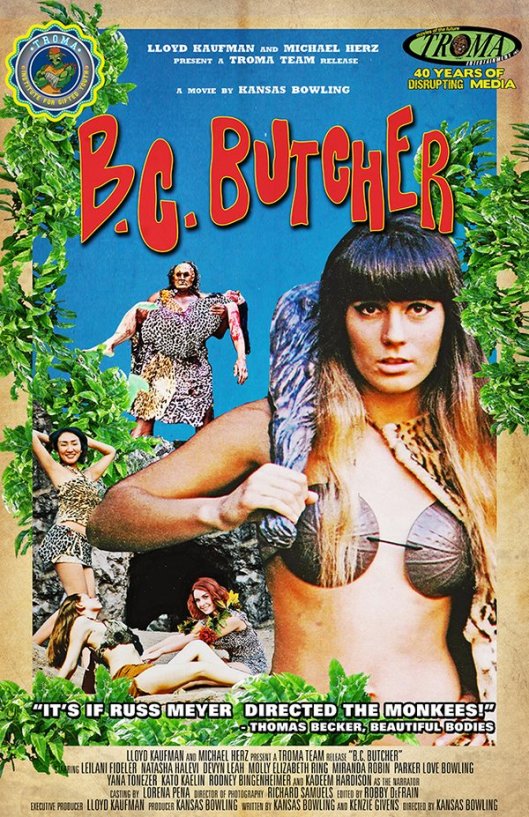 Impossibly stupid Troma goof about a Cro Magnon killer who targets a group of cave women, this features Kato Kaelin in a loincloth diaper, which should tell you all you need to know. The only redeeming feature to this mess is that it clocks in at under an hour, which is pretty faint praise, indeed. 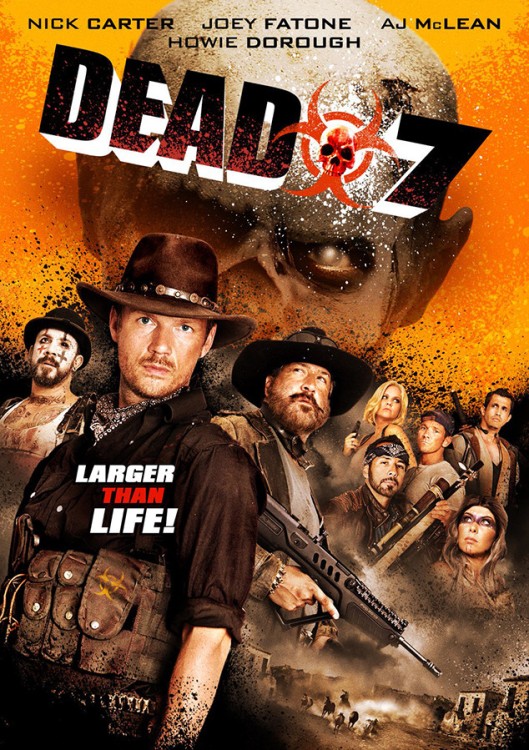 Asylum-esque horror-Western that features former members of ’90s-’00s-era boy bands fighting zombies in a post-Apocalyptic setting and is about as convincing as a kindergarten presentation of Glengarry Glenn Ross. I’ll admit that I’m not the target audience for something like this and I did, for a time, try to keep an open mind. At the end of the day, though, this is in the same wheelhouse as the Sharknado movies and there’s only so much intentional stupidity I can take. 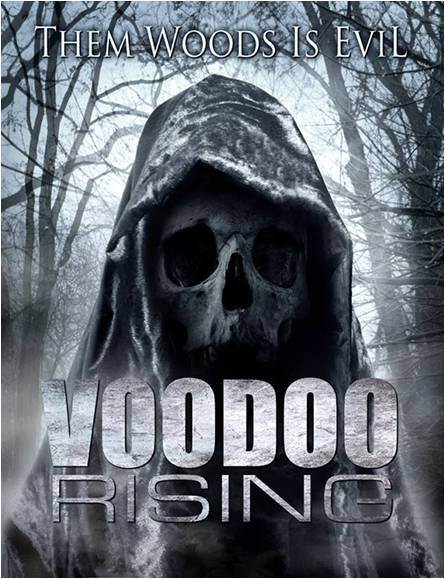 Many films that I screened in 2016 shared similarities with Voodoo Rising: amateur actors struggling to deliver lines in a convincing manner, an inability to propel the story forward in a timely fashion, a tiring familiarity that telegraphed every single “twist” and “turn” in the narrative. Few films managed to double-down on these failings with as much conviction as this one, however, earning it a spot with this esteemed group of peers.

The “den” in the title refers to a Girl Scout troupe and the “darkness” refers to the hysterical blindness that has befallen the den mother after one of her college-age (?) charges accidentally falls off a cliff. The house she moves into might be haunted or her shithead husband might be trying to gaslight her. If you have any doubts, after reading the above, that Den of Darkness is a truly terrible film, let me lay them to rest: it is a truly terrible film.