Now that the horror categories for 2015 have been officially closed off, it’s down to the last, big list of this previous cinematic year: the 20 films that I considered to be the very best of the entire year, regardless of genre. Many of these have been bouncing around in my brain for almost the entire year: some were screened for the first time a week ago and still managed to vault onto the list.

From January 1st to December 31st, I managed to watch a grand total of 348 films, 119 of which were 2015 releases and, thus, eligible for this humble little list. Out of those 119 movies, I managed to whittle the contenders down to the best overall 20, plus seven runner-ups.

As far as I’m concerned, 2015 was another banner year for quality cinema. While the multiplex offerings were still as hit-or-miss as ever, VOD and streaming choices really came into their own this year, offering movie fans of every stripe and type a virtual cornucopia of choice offerings. If you didn’t find enough quality films to keep you occupied in 2015, I’m going to go ahead and offer my stock response: you just weren’t looking hard enough.

In that spirit of excellence, The VHS Graveyard proudly presents the first part of the Top 20 Films of 2015: numbers 20-11. Enjoy and stayed tuned for the finale and year-end wrap-up as we bid a fond, final farewell to 2015.

I’m a sucker for both “stranded in space” flicks and intelligent sci-fi, so Ridley Scott’s return to the vacuum of space was always going to light up at least a few pleasure centers in my brain. That being said, even I wasn’t expecting to like The Martian this much. Chalk it up to a combination of an extremely likable Matt Damon performance, lots of completely immersive visuals and locations and tons of organic tension but Scott’s film delivers (at least for me) in the way that mega-budget, multiplex fare rarely does. My biggest complaint (and what keeps this from placing higher on this list) are all of the completely unnecessary cutaways to the rescue effort back on Earth: when The Martian is smart enough to trust solely in Damon’s charisma and Scott’s vision, it shines like a supernova.

Few films, much less animated ones, deal with emotions quite as honestly as Pixar’s Inside Out. Honesty and self-reflection are the name of the game here, however, and the usual madcap antics take a decided backseat to the kind of melancholy soul-searching that’s usually reserved for more adult fare. This coming-of-age tale about young Riley learning to listen to the disparate “voices” in her head is just as apt to produce sniffles in the over-30 set as it is to produce wonder with the young’uns, however, so impressionable parents should proceed with caution: if the kids ask, you just got something in your eye. 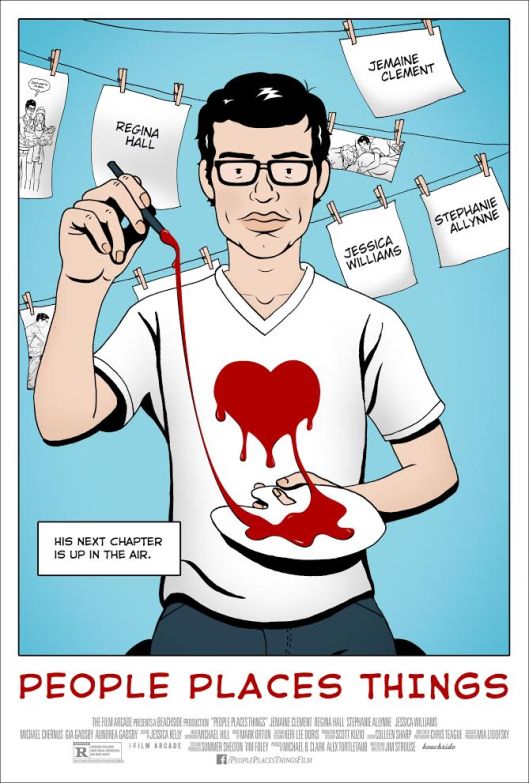 If I was looking to select a “Most Valuable Player (Male)” for this prior calendar year, it would probably be a tough choice between Kurt Russell and Jemaine Clement. While Russell will always have the “Biggest Badass” title locked down, Clement proved himself one of the year’s very best actors with unforgettable performances in both What We Do in the Shadows and People, Places, Things. As art teacher/single dad Will Henry, Clement lays it all out on the line and the results are a thoroughly heady mixture of deep sadness, wry humor, wounded love and pure indie dramedy bliss. Nothing in writer-director James C. Strouser’s third feature is ham-handed, tonally false or revoltingly precious, despite the presence of Will’s adorable young daughters. This has “modern-day classic” written all over it. 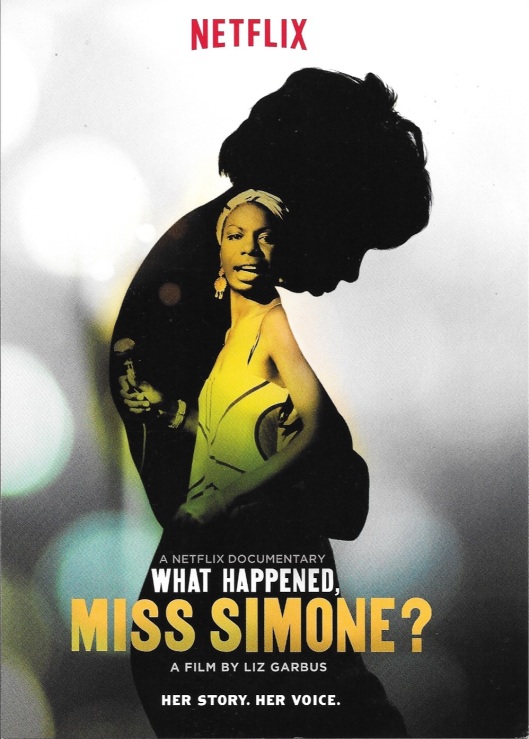 Passionate, politically-active and never afraid to speak her mind, the legendary Nina Simone took a huge piece of the world’s soul with her when she shuffled off this mortal coil back in 2003. Liz Garbus’ meticulous, fascinating documentary, What Happened, Miss Simone?, uses mind-blowing archival footage, interviews with Simone’s grown daughter and former husband/manager and a host of musical and pop culture luminaries to paint a truly three-dimensional portrait of the musician/activist that might have more relevance today than it did back when Simone was alive. Never afraid to shy away from the various personal issues that made Simone such an interesting person, Garbus’ film is a vital, fiery tribute to a truly one-of-a-kind talent.

The Duke of Burgundy 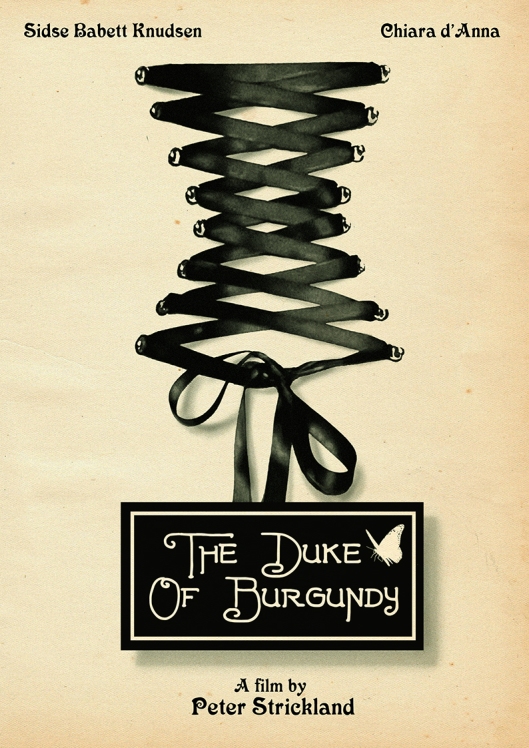 Smart, sensual and just strange enough to keep you constantly off-balance, writer-director Peter Strickland’s The Duke of Burgundy is a singularly unique experience. Taking place in a world that appears to be devoid of men, Strickland examines the power dynamic behind submissive/dominant relationships, tracking the assorted head games and romantic machinations of a couple of butterfly experts as they attempt to define their relationship in a way that makes sense to them, if not necessarily others. Full of genuinely weird touches (the various mannequins posed in the lecture scenes are more than a little nightmarish, especially divorced from context), lush visuals and a dreamy, evocative atmosphere, The Duke of Burgundy finds Strickland slowly morphing into Peter Greenaway, adopting the elder statesman’s more painterly affectations with ease. Obviously, there’s nothing wrong with that whatsoever. 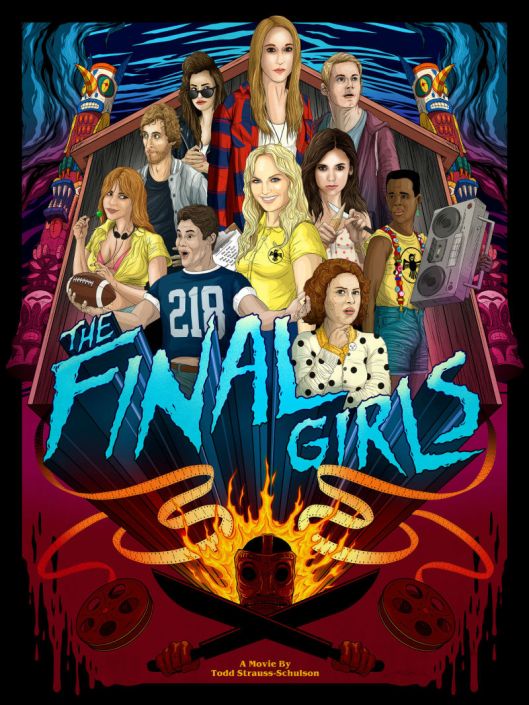 I’ve written about my love for Todd Strauss-Schulson’s nostalgic “Purple Rose of Cairo by way of Friday the 13th” meta-slasher already, so let’s just rehash a few of the most salient points. Full of genuine emotional heft, surprisingly funny humor, lots of memorable performances/characters and just enough violence to sell the concept without wallowing in it (the film is rated PG-13, after all), The Final Girls is that rare horror film that serves as not only a love letter for the devoted but a surefire entry-point for the less initiated. You’ll laugh, you’ll gasp, you’ll choke up and you’ll probably hum “Bette Davis Eyes” for a week: deal with it.

While fear, disquiet and unease are all important emotions to invoke with genre films, there’s an additional emotion that I feel gets short shrift: wonder. Although writer-director Sarah Adina Smith’s The Midnight Swim is pretty light on fear, it more than makes up for that with an abundance of disquiet, unease and, of course, wonder. This measured, intelligent drama about a trio of sisters who come together at their family’s lakeside cabin to mourn their missing (but presumed drowned) mother traffics in some of the biggest questions to plague the human animal: Why are we here? Are we all connected, somehow? Where do we go when we die? With a final revelation that’s quietly mind-blowing, in a Kubrickian way, The Midnight Swim is the kind of film that you think about long after the final credits roll. 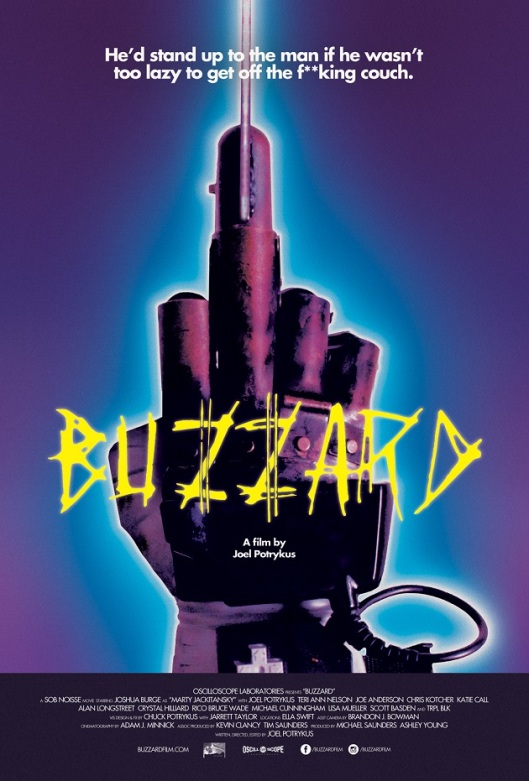 Loud, obnoxious, casually offensive, openly belligerent and with a massive, Holden Caulfield-shaped chip on its smartass shoulder, Joel Potrykus’ Buzzard is probably what would have happened had Alex Cox opted to follow Repo Man with a primordial version of Office Space. This fractured, completely insane “narrative” about a shitty, young office temp who gets fed up with the phoniness of the world and proceeds to do battle armed with a caustic sneer, a sarcastic quip and a razor-tipped Nintendo Power Glove may not be for everyone but it might just be for you. Similar to the works of Quentin Dupieux, Buzzard pulls you in to a batshit insane, utterly nightmarish world where nothing functions like it should and the very act of wolfing down a heaping plate of spaghetti becomes its own act of societal rebellion. Utterly unforgettable and unlike anything else out there, Buzzard is grimy, ugly and uniquely original, fluttering among the countless masses of homogeneous, Xeroxed bullshit like some kind of a warning from beyond the stars.

This was actually the very last film I screened in 2015, yet ended up being one of the best films I saw all year. Grounded by a simply stunning performance from first-timer Karidja Toure, Celine Sciamma’s coming of age tale details the lives of a a group of poor, black teenagers, growing up on the outskirts of Parisian society. There’s a lot to digest here, from sobering examinations of institutional racism to abusive relationships, from the inherent power of female friendships to the continued disparity between the haves and the have-nots. Never content to hit the easy, surface emotions, Sciamma’s film is raw, honest and, at times, almost too painful to watch. Just try and take your eyes from Toure, however, even for a minute: if there’s a more magnetic new performer out there, I don’t know who they are. Girlhood is not only an impeccably made, beautiful film: it’s a vibrant, utterly alive one that demands respect for its subjects and won’t let go of your throat til you’ve given it. 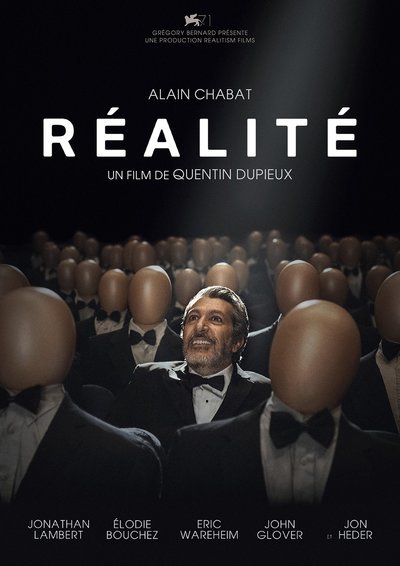 In years past, it was all but a given that any new Quentin Dupieux film would end up on my years’ best list. Who am I to buck trends this year? While Dupieux’s newest is a solid half-step (maybe three-quarter step)  down from the sublimely perfect Wrong (2012) and Wrong Cops (2013), it’s still one of the most casually mind-blowing, crazy films of the year. Essentially the story of one director’s quest to find the perfect, Oscar-worthy groan (you could ask but I could never explain), this curious bit of meta-fiction turns and folds in on itself so many times that it’s all but impossible to keep up, sort of like Charlie Kaufman or Spike Jonze getting blasted on peyote tea.

While the film manages to make even less sense than its predecessors (like most Dupieux films, there’s nothing wrong with admitting bafflement), it’s an easy film to watch and, quite frankly, to love. Leave your preconceptions at the door, eliminate all distractions, give your complete and undivided attention to the screen and trust Dupieux to get you to his destination in (more or less) one piece. When you have a filmmaker as amazing as Quentin Dupieux driving the jalopy, just kick back and enjoy the damn ride.

Stay tuned for the final part of our Best of the Year spectacular: the Top 10 films of 2015.