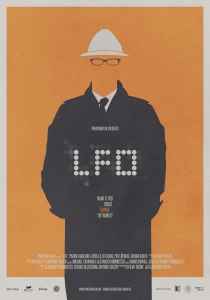 Suppose that you invented the perfect self-help device, a machine that would put you into a highly suggestible state, allowing for subtle modifications to your behavior. Trying to cut back on sweets? Simply leave a “message” for yourself and your mind will subconsciously take care of the heavy lifting. Want to exercise more? Listen to a particular tone and, without even trying, you’ll actually want to run a marathon and do sit-ups until the cows come home. Want to just be a “better” person, in general? Set the controls, leave your command and, through no additional effort of your own, your brain and body will spring into action, making your “wish” come true. Sounds pretty amazing, right?

Now…suppose that you also just realized that if your humble little invention works so well on you, it might also work equally well on others. Suppose you discover that your device allows you to “control” others, using the power of hypnotic suggestion to subliminally influence and direct their actions and thoughts. Would you use said device to help make the world a better place, influencing people to abandon selfish, dangerous and destructive behaviors in favor of a more helpful, unified world view, inching humanity ever closer to a long-sought-after utopia? Or would you use it to turn those around you into mindless slaves, unknowingly beholden to your whim and command?

In a nutshell, that’s the conflict at the center of multi-hat-wearing director Antonio Tublen’s (he also wrote, edited and performed the electronic score) intriguing LFO (2014), an odd, stylish and darkly humorous bit of heady sci-fi that whips mind control, mental illness, marital discord and God complexes into a heady brew. While the film can be a little rocky, at times, and comes across as overly complex in the early going, LFO eventually settles down into a smart, edgy and appropriately weird little film that’s somewhat reminiscent of Andrew Bujalski’s Computer Chess (2013), while still managing to stake out plenty of original territory of its own.

Robert (Patrik Karlson) is a loner who lives by himself, routinely ignores his self-posted notes to “Take his medication” and seems to hallucinate the specter of his former wife, Clara (Ahnna Rasch), who appears to serve as his conscience. He also appears to be a scientist, of some sort, who’s working on an experiment involving sound frequencies: Robert collaborates with several other colleagues, including Sinus-San (Erik Börén), via short-wave radio, since he rarely seems to leave his house. Robert makes a breakthrough when he notes that a particular frequency makes him highly susceptible to suggestion: upon further experimentation, he discovers that he can actually command himself to do things by giving an order into his device and listening to the resulting tone. In a humorous bit, Robert makes himself dislike cookies: after “waking up” from the frequency, he absent-mindedly noshes on a cookie, only to spit the treat out in disgust. Success!

After further tests prove how well the device works, Robert decides to take everything to the next level, “Phase 2,” as it were. Inviting his new neighbors, Linn (Johanna Tschig) and Simon (Per Löfberg) over for coffee, Robert uses the device on them and discovers that it has the exact same effect as on him. While in their hypnotic states, Robert plants subtle subliminal commands that have the effect of turning Linn and Simon into mindless drones: whenever they hear the tone, they’re powerless to resist Robert’s commands, although they remember nothing upon “waking.” In short order, the mad scientist is using Simon for free labor, while Linn serves as his sex slave, in a pretty obvious example of “absolute power corrupts absolutely.”

As Robert continues to fine-tune and perfect his device, however, outside forces begin to swirl about him. Sinus-san has taken to lurking around the periphery after discovering that Robert has cut him out of their joint discovery, while a mysterious insurance adjuster, Peter (Lukas Loughran), keeps asking questions about a car accident that Robert seems to have been involved with. There’s also the little matter of Clara, whose presence becomes more and more pronounced, as she constantly admonishes Robert to take his meds. Buffeted on all sides, Robert begins to lose control of his unwitting neighbors, who are now beginning to experience strange, unexplained half-memories of things that they can’t quite recall, such as Linn having sex with Robert. As Robert slips further and further into madness, humanity slides ever closer to a complete loss of free will…for better or much, much worse.

Tublen’s LFO bursts out of the gate with a smart, fresh concept and then proceeds to expand on it in some interesting ways. If the initial going can be head-swimmingly complex (perhaps those with knowledge of sound frequencies and the resulting science behind it may be able to keep up but this viewer was underwater fairly quickly), the film eventually settles down and, once we’ve accepted the tech aspect, becomes much more of a basic “mind control” film, albeit one filtered through the cracked, surreal lens of something like a Quentin Dupieux film. While not as outwardly strange or surreal as Dupieux’s films, there’s still the basic sense of a world that’s similar to ours but just off-kilter enough to be strange and unsettling.

LFO is a highly stylish, visual film, filled with vibrant colors, blinking lights, lo-fi technology and lovingly composed frames. The cinematography, courtesy of dual personnel Alexander Brøndsted and Linus Eklund, is consistently strong and the film always looks interesting. As befits a film focused on sound frequencies, the sound design in LFO is absolutely top-notch: I don’t normally single out sound engineers but I’d be a real jerk not to heap some praise on Samir Dounas, since the sound mix and editing is so vital to this particular film’s success. There’s also a highly effective electronic score, courtesy of the director, himself, which adds immeasurably to the atmosphere and tone of the film: another way in which LFO reminded me of Dupieux’s filmography.

The performances are uniformly strong, with Karlson being particularly impressive as the increasingly unhinged Robert. Tschig and Löfberg are quite convincing as the couple, vacillating between dead-eyed drones and confused, slightly frightened babes-in-the-woods: particularly good are the later scenes where Robert pretends to be a marriage counselor and leads the couple through his version of reconciliation therapy. One of the most impressive aspects of the film is how outwardly funny it is, albeit in a dark, rather twisted way. All three of the leads display excellent and subtle comic timing, which helps keep everything moving smoothly.

If I have any real complaints with LFO, they’re the same kinds of issues I might have with any similarly “tricky” film: at times, the film can get tripped-up in its own complex rationalizations and the whole thing feels just slightly longer than it should be. There’s also the underlying problem of Robert’s virtually unbeatable ability to control minds: similar to superheroes/villains that are too powerful, the balance of power in LFO is always drastically unbalanced. Since Robert is able to effortlessly control any and every situation with a click of his remote, there are times when the film feels rather low stakes: regardless of his situation, we’re always fairly sure that our little anti-hero will be able to regain control. Tublen still manages to wring plenty of genuine suspense and tension out of the scenario, don’t get me wrong, but this is definitely the epitome of a “stacked deck.”

In the end, I quite liked LFO: the film was very smart, relentless and genuinely intriguing. While never as unpredictable as something like Computer Chess or Wrong (2012), it was still one of the trickier films I saw last year and is never anything less than thought-provoking. LFO also manages to go out on a real high point, with one of the best endings I’ve seen in some time: in fact, the ending is so good that it actually helped to smooth out some of my previous reservations, proof positive that you always want to leave ’em with your best foot forward. While I’m sure that none of us would ever want a neighbor like Robert, it goes without saying that we could all benefit from spending a little time with the creepazoid, now and then.