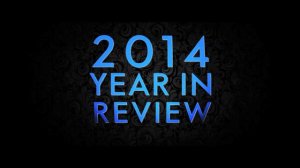 The lists have been published, films have been ranked and 2014 gets further in the rearview mirror by the minute…what could possibly be left to do? As it turns out, not a whole lot except for wrapping it all up and putting a bow on it.

But first, a few last-minute thoughts on this previous year. As I was preparing for my end-of-the-year viewing, I took a look around the ol’ blogosphere, just to make sure I hadn’t overlooked any potential gems at the last minute, and noticed one prevailing trend among the various horror and genre film critics: in general, the consensus seems to be that 2014 was a particularly bad year for film. Despite missing several theatrical releases that have been frequently mentioned elsewhere (Guardians of the Galaxy, Boyhood, Gone Girl, John Wick, The Lego Movie, Foxcatcher, As Above So Below), I must offer the following rebuttal: if you noticed an absence of quality horror/genre films in 2014, it was simply because you weren’t looking in the right places.

For most of my life, I’ve been an avowed lover of going out to the movies. Growing up and all the way through college, I would often see several movies at the theater every weekend, sometimes one after the other. Over time, however, I’ve found that I go out to the movies much less frequently. My patience has steadily eroded, over time, and the kind of crowd annoyances that I would normally have brushed off (talking, texting, etc…) in the past now seem like huge problems. This doesn’t even take into account the exorbitant cost of a night out at the movies, of course, which has crept up into “live show” ranges.

Since I tend to avoid the theaters nowadays, I’m almost always late to the party with new releases: I always wait until the film either goes to Netflix (DVD) or some equitable streaming service before I see it. There are always exceptions, of course (I proudly went to see Prometheus as soon as it opened and I’ll be there for the next installment, as well). Since I go to the theater so infrequently these days, I find that I rarely pay attention to what’s out, since I never see it right away anyway.

All of this, of course, is by way of saying that I didn’t notice a shortage of quality films this year. Why? Well, probably because I wasn’t focused on the box office. As an example, three of the more derided big-screen horror releases this year were Annabelle, Jessabelle and Ouija. If one were to take a look at all theatrical horror released last year, it’s undeniably grim. If one factors in all of the streaming/DTV options out there, however, the story is much, much different. On an indie/outsider level, 2014 was practically an embarrassment of riches. In fact, taking a stroll through streaming outlets like Google Play reveals the kind of “multiplex” that’s sadly lacking nowadays: it’s not so much a matter of trying to find “anything” to watch as it is trying to choose between a dizzying array of choices.

Is this the way it should be? Absolutely not: despite my general dislike of theaters these days, horror and genre films have every right to be represented on the big screen along with everything else. The crucial problem begins when critics (and regular folks) see the theater as the end-all-be-all: taking a look at the 6 or 7 clunkers that played in multiplexes has the effect of giving short shrift to the 90 films that didn’t. You can’t get a good, overall sense of how a year went unless you can take a look at the whole picture: honing in on box office takes, sales records and the like gives a good idea of the financials but does nothing whatsoever to discuss the overall quality. It may be true that some of the best, most well-received films of the year never opened in theaters (or opened so small as to be negligible) but this doesn’t impinge on them: if anything, it just means that the most interesting things are still happening on the fringes and margins, just where they always have.

And that’s enough of that. Thanks, again, to any and all who’ve taken this journey with me during 2014. In order to be complete, I’ve listed all of the films that I watched in 2014 below: save for the bottom handful, which I haven’t written up yet, details reviews of all of these can be found at The VHS Graveyard, starting all the way back on New Years Eve, 2013. I managed to watch 343 films in 2014: let’s see if we can’t do better than that in 2015. Stay tuned as we resume our daily reviews and don’t forget: we could all use a stroll through the VHS Graveyard, from time to time.