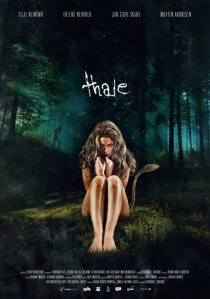 Regardless of where or how we grew up, most of us have at least a passing familiarity with fairy tales: while the specifics may change from culture to culture and country to country, the general sense of wonder and subliminal morality inherent to these kinds of stories are pretty much universal. In many ways, fairy tales are our first experience with notions of “right and wrong,” the idea that each action will always produce a reaction: take the gold that doesn’t belong to you, get turned into a frog…learn to work together with others, reap the benefits…take too much, lose what you already have. For children, fairy tales are (usually) our first real glimpse into the workings of the adult world, albeit gussied-up with plenty of trolls, dragons, anthropomorphic animals and subtle life lessons. For all of this, however, there’s always the distinct notion that fairy tales are fictional: “The Princess and the Pea” is not based on a true story…or so we think.

But what if fairy tales were actually true? What if the fantastical creatures that inhabit these children’s stories were actually flesh-and-blood constructs, hidden from the “real world” by no more virtue than their desire to remain undisturbed? What would happen, then, if the worlds of humanity and fairy tales were to collide? Would it be just like in the Disney cartoons…or would the results be a little darker, something more akin to the classical Grimm tales? Norwegian writer-director Aleksander Nordaas’ Thale (2012) posits just such a meeting between fantasy and reality and the modest results are consistently intriguing.

We open with Leo (Jon Sigve Skard) and Elvis (Erlend Nervold), erstwhile employees of the No Shit Cleaning Service (specializing in crime-scene clean-ups), as they see to their latest assignment. It seems that an elderly recluse has been torn to pieces by animals at his isolated cabin in the woods and the duo have been called in to clean it all up and find the rest of the body, tasks which the novice Elvis approaches with as little enthusiasm as possible. While cleaning up the place, however, the pair stumble upon a hidden entrance to a sealed-up basement: further investigation reveals a modest living area, shelves full of canned goods that expired 30 years ago and some sort of laboratory setup, complete with a large tub filled with opaque liquid.

The situation takes a decided turn for the surreal, however, when a nude, mute young woman (Silje Reinamo) bursts from the tub. According to audiotapes that they find, tapes which appear to feature the voice of the deceased home-owner, the young woman is named Thale. Who…or what…she is isn’t quite so easy to figure out, however, and will lead our heroes to a mysterious government agency, a sad-eyed but cold-hearted G-man (Morten Andresen) and the rather awe-inspiring idea that the surrounding woods may just be filled with the living embodiment of fairy tales, creatures so alien and powerful that mankind would be better served pretending that they don’t exist.

There’s something really interesting about Nordaas’ film (wearing a virtual haberdashery, the film’s writer-director was also its cinematographer and editor), an element that can best be summed-up as “magical.” While Thale is an extremely modest production (one interior, one exterior; a small handful of actors; limited effects), it’s a completely self-assured one, striking a tone that falls just short of madcap but is distinctly zany. The overall idea – that fairy tales may be more reality-based than we think – is a good one and something that’s already been explored to good effect in something like Troll Hunter (2010) and Rare Exports (2010), films which Thale certainly shares an overall vibe with.

The relationship between the world-weary veteran and the wide-eyed novice, despite being a trope nearly as old as films themselves, is well developed by Skard and Nervold, respectively but the real star ends up being Reinamo as the mute, captive huldra. Ethereal, beautiful and just impish enough to keep us guessing, Reinamo is a real dynamo, bringing more characterization to the mute Thale than many actors give with pages worth of dialogue. The scene where she stalks the soldiers through the basement, nude and deadly as a tiger, is a real corker and instantly reminded me of the similarly bravura scene in Tobe Hooper’s wackadoodle Lifeforce (1985) where Mathilda May did pretty much the same thing.

Despite how much I liked the film, overall, I can’t help but wish it had a consistently better look: despite some nice exterior shots of the brooding forest, too much of the interior photography has a cheap, digital look to it that really takes away from the film’s fairy tale themes. If ever there was an indie horror-fantasy film that cried out for the hyper-fantastic, overly fussed with mise-en-scene of Wes Anderson’s oeuvre, Thale is that film. While the movie never looks flat-out ugly, it’s consistently flat, which ends up being a real disappointment. While I’m sure that this can be chalked-up to the film’s low-budget status, it’s definitely a bit of a bummer.

For the most part, however, Thale is a real winner: genuinely odd, suitably whimsical (or as whimsical as a film which features crime-scene cleaners can be, I suppose) and always interesting, Nordaas’ sophomore film is a fast-paced, short (under 90 minutes) and thought-provoking little movie that takes a distinct left-turn from most horror fare and is all the stronger for it. We might not fully understand everything by the time the end credits roll but, then again, when do we ever fully understand fairy tales? Sometimes, there are things you just can’t explain.