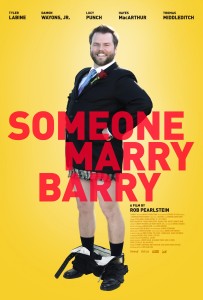 Every group has one, whether they want to admit it or not: that hyperactive, obnoxious, vulgar “life of the party” who always manages to say the wrong thing, do the wrong thing and drag everyone down with them. These are the kind of people who get their friends thrown out of bars for starting fights with karaoke machines, punch police horses in the face and wear cargo shorts to fancy cocktail parties. They’ll be all too happy to blab your innermost secrets to the nearest available ears and have the special ability to attract more attention while out in public than firecrackers in a bubble-wrap factory. These people are embarrassing, crude, rude, loud-mouthed jerks and, more often than not, are supremely pleased by this: there’s no notion of changing these folks because they’re quite happy as they are, thank you. Every group has a name for these “special” individuals, these life-long friends that will always have your back, seemingly so they can concoct new ways to mortify you. We’ve all known people like this and, just perhaps, we’ve even been people like this. In the case of Rob Pearlstein’s uproarious new film, Someone Marry Barry (2014), this particular “someone” is named Barry Burke and, boy…is Barry really something!

Kurt (Thomas Middleditch), Desmond (Damon Wayans Jr.) and Rafe (Hayes MacArthur) are lifelong best friends with a bit of a problem: namely, Barry (Tyler Labine), the fourth member of their group. Kurt is trying to take his fractured relationship with longtime on-again/off-again girlfriend Camille (Frances Shaw) to the next level, Desmond is trying to find ways to balance his crushing work-load with spending more time with his neglected wife, Rachel (Amanda Lund) and Rafe is trying to balance the trials of modern dating with being a single father to precocious tyke J.T. (Wyatt Oleff). On their own, any of these tasks would be full-time jobs: throw in the frequently outrageous antics of best friend Barry, however, and things become that much more intolerable. After a particular humiliating experience at the funeral for Rafe’s father, during which Barry manages to not only reveal the deceased’s affairs in front of the assembled mourners but also manages to work in references to Kurt’s previous experience in an adult theater (Kurt the Squirt), the friends decide that something must be done with their boorish best friend. Since bumping him off is out of the question (despite Kurt’s continued protests), the friends decide to do the next best thing (in their minds, at least) and get Barry married off. If Barry has someone to keep him in line, like Desmond and Kurt do, they reason, he won’t be able to get them all into as much trouble. If wishes were horses, of course, we’d all ride away. In this case, Kurt, Rafe and Desmond might be wise to wait before investing in that stable.

Throwing themselves headfirst into the task, the trio try everything they can to help Barry find true love, including a disastrous speed dating session (turns out Barry is actually harder to take in small doses, fancy that) and an attempt to purchase a mail-order bride that could best be described as “potentially terrifying.” Just when all else fails, however, true love appears to rear its bizarre head in the form of one Melanie Miller (Lucy Punch). Mel, for lack of a better descriptor, is a female Barry: we first meet here in the middle of a date with the unlucky Ben (Ed Helms) which involves her graphic description of her yeast infection (her “beast inspection”), as well as the lovely declaration that she needs to take a shit. Turns out that Barry is on an equally successful date at the same restaurant and ends up sharing a cab with Mel after their respective dates run for cover (with each other, ironically enough). Barry and Mel hit it off like penguins and polar bears, at first, with each person trying to one-up the other in terms of sheer unpleasant foulness. In short order, however, a grudging respect has been forged: neither Barry nor Mel has ever met anyone quite like the other person. It’s almost like they were made for each other…although, if not for each other than, quite frankly, for whom?

In no time at all, sparks are flying and Barry and Mel seem to be head over heels for each other. Seeking to bring all of the friends together, as it were, the group plans a nice weekend away at the cabin: what should be a perfect opportunity for Kurt, Camille, Desmond, Rachel and Rafe to meet their “savior” for the first time devolves into abject horror once the group realizes that Mel is just a female Barry. After a car-trip filled with tag-team farting, annoying techno music and irritating laughing, the group is just about ready to pull their hair out. Is putting up with another Barry worth the price of preserving their childhood friendship? Should they all tell Barry how annoying Melanie is? Just what, exactly, is true love and does everyone have the right to experience it…including the truly irritating? At what point do friends need to sever ties and go their own ways…and does the needs of the group ever outweight an individual’s desire to be happy?

There are a few things that I ask of comedies but the main thing is pretty basic: I ask that they be funny. Comedies can be subtle, provoking a few chuckles and some smiles, or they can be explosively hilarious, prompting belly laughs and doubling-over on the floor. While either approach is valid, they have to at least broach the subject in order to get me on board. How does Someone Marry Barry stack up in this regard? Explosively. Quite frankly, Pearlstein’s film is one of the absolutely funniest I’ve seen in quite some time: I started laughing early on in the film and ended up laughing all the way through. Without putting too fine a point on it, Someone Marry Barry is a pretty great film but the humor is one of its strongest attributes. Pearlstein’s script is exceptionally sharp, full of tons of great dialogue, vulgar but hilarious situations and outrageous but sympathetic character development.

Actually caring about the characters in a film like this is paramount to its success and Pearlstein knocks it completely out of the park in that regard. Not only are the characters in the film funny, on their own, but they work together amazingly well as an ensemble. I actually felt like Kurt, Rafe, Desmond and Barry were life-long friends, with all of the baggage that such relationships require. Since the friendships felt justified and real, it was a lot easier to take Barry’s outrageous behaviour in stride: watching the film, I would often think back to my own churlish actions and how my friends reacted, which weren’t so far off the mark. The acting in the film is really top-notch: Damon Wayans Jr. is a dependably put-upon performer and Silicon Valley’s Middleditch brings just the right amount of pathetic “puppy dog”-ness to his portrayal of Kurt (his ultimate meltdown with Camille is one of the highlights of the film).

While the acting is superb across the board, especially from the principal actors, Someone Marry Barry ends up being a complete tour de force for Tyler Labine and Lucy Punch. I’ve always really enjoyed Labine as an actor: in fact, he’s one of those guys, like Ray Wise or Ron Perlman, that will draw me straight to a project, regardless of what I know (or don’t know) about said film. In the case of Someone Marry Barry, his prominent place on the box art was 100% responsible for my choosing the film in the first place and, as usual with Labine, I wasn’t disappointed. Quite simply, Labine is one of the very finest comedic actors in the business right now and is perilously close to approaching “living treasure” status: if you don’t automatically watch all of his films, correct that mistake immediately. While I really can’t praise Labine enough, however, I’d be a complete fool to deny Punch any of her own glory in the film. Punch is a vibrant, vulgar, loud-mouthed, brash, completely obnoxious, thoroughly alive and absolutely indispensable character. She’s one of the most joyous, realistic female characters I’ve ever seen portrayed and is absolutely the match for any bloke in the house. Were there a belching contest involved, I’d put my coins on Punch’s Melanie. First person to help out a friend in need? I’m more than willing to wager Melanie would be there, too. Far from being just “one of the guys,” Punch’s Mel is just “a person” who happens to be female: as she reminds us (frequently) throughout the film, women shit, swear, fuck, pick their noses, make mistakes and act like total assholes…just like guys.

While the film functions superbly as a buddy-comedy focused on male relationships (I hesitate to use the “bro-mance” tag but if the slipper fits…), the messy, wonderful romance between Mel and Barry serves as its big, beating heart. While Barry and Mel might be fairly awful people, in many ways, they’re perfect for each other and there’s something truly magical (and kind of old-fashioned, which ends up suiting the film well) about watching these two soulmates find each other. It’s to the film’s immense credit that despite the endless jokes about bathroom habits, sexual functions and inventive swearing (Barry and Mel bond over their mutual use of the portmanteau “twunt,” which you should be clever enough to figure out), all of the typical romance film beats (finding love, getting separated, re-finding each other) are delivered with such energy and genuine interest. This is isn’t a filthy comedy that threw a romance in to “even things out.” Rather, this is an honest-to-god romance that just seems to come wrapped in a pretty degenerate casing: think There’s Something About Mary (1998) but with a much more likable lead.

Writer-director Pearlstein makes his feature-film debut here, although he already comes with a pretty decent notch on his filmmaking belt: his 2005 short film, Our Time is Up, was nominated for an Academy Award. Pearlstein is completely self-assured behind the camera, although the film has the occasional tendency (never overly so) to be a tad bit silly. With a little more focus on the sharper, more incisive aspects of his very funny script, Pearlstein would have had an unmitigated masterpiece (no hyperbole intended): as it stands, however, he’ll just have to be satisfied with one of the funniest, big-hearted and impressive comedies I’ve seen in quite some time. While I’ve been a fan of Labine’s for years, Someone Marry Barry was my first experience with Rob Pearlstein: after this, however, I’ve made sure to add him to my “Ones to Watch” list. I’m a guy who really likes to laugh and Pearlstein managed to hit all the right buttons: here’s to hoping this guy has a long, fruitful career ahead of him.